I’m trying to build a version with a custom shader, and I have no idea of what i’m doing.

I’ve been following this tutorial, but he uses an older version of the engine so I’ve had to make some guesses in the process:

I get a couple of errors when building. Can anyone point me in the right direction? 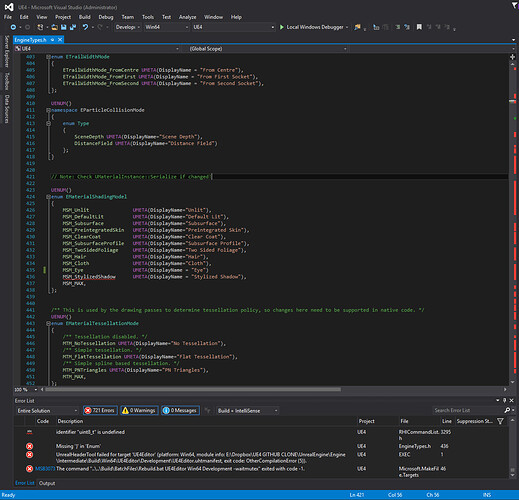 Hi. It seems you forget “;” after EParticleCollisionMode enum definition. And “,” after MSM_Eye

It seems you forget “;” after EParticleCollisionMode enum definition.

This line was actually okay

It’s building as I type this