Hello. When im write some math expression in description i see there. 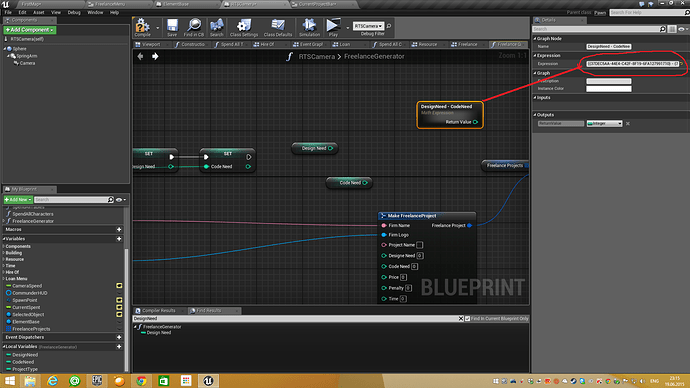 Looks like the GUIDs that UE4 uses to identify engine elements internally…
I also see that sometimes when changing structs…
Can you use the node normally, or is the functionality broken in any way?

Are you talking about the formula replacing the name of the node? If so, this is a known issue and has been reported as UE-17364.

Yes, i meaning when im write expression in the name, in expression (in right side) i see in unicode

Thank you for the update. This is a known issue and has been reported as UE-17364.