[Bug] Switch on enum in blueprint

Hi guys, I had this issue with blueprints so I thought I would pass it on just incase it hasnt been found yet. Basically it errors on the Switch On Enum node because of some kind of conversion even when I pass the right type of enum to it.

I did find a work around which is simply using Switch on Int and converting the Byte to Int.

Thanks for you question! Would you be able to provide a screenshot of your blueprint setup including what type of Enum you are using? Specifically, are you using a pre-defined Enum or a user-defined Enum?

Okay so I took a look at what could be causing this and it seems to be the dropdowns on the collapsed graphs, it doesnt seem to pick up this selection for the custom enumator values. 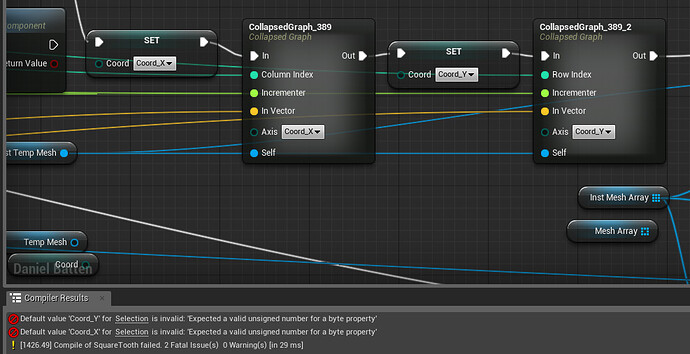 Thanks for the screenshot and additional information! We were able to reproduce this issue and have logged a defect report for it–it happens with both collapsed graphs and macros. Hopefully this will be fixed in a future Rocket Beta release.

Another workaround you could use in the mean time would be to pass in an Enum variable (that you set via Defaults) to that pin on your collapsed graph: 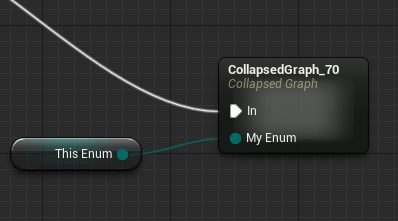