Bug: Drag objects via Mouse to world coordinates Causes objects to jump around

Essentially my mouse to world coordinate jumps from one position to another while my mouse isn’t moving. here I am using Content Examples map “Blueprint_Mouse_Interactions” which recreates my problem. The Print String is the ONLY thing I have added to this Blueprint

I Originally found this problem while programming in C++ with the following built in functions;

You can test the issue by going into Content Examples → maps → Blueprint_Mouse_Interactions and move the ball slowly around the screen until it flickers like a mad man.

The screen shot of the blueprint shows what i modified, which is Print String node. Check out the video below! 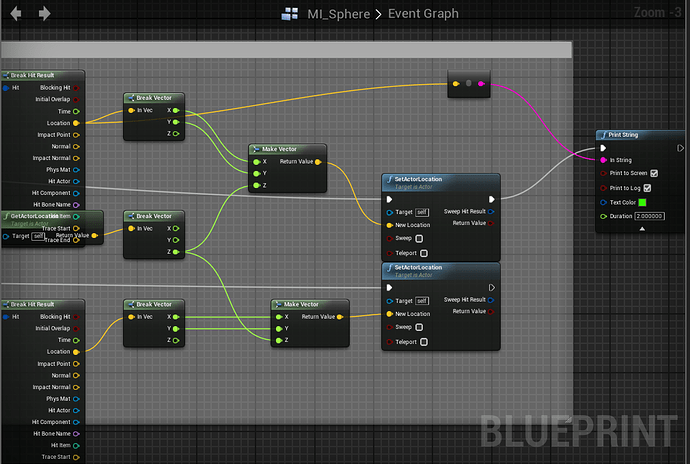 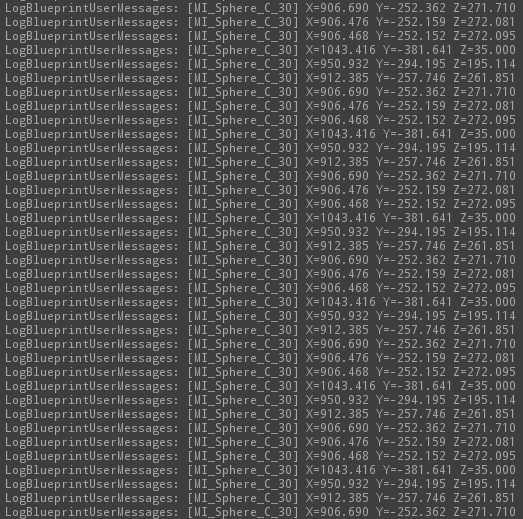 Could you show more of the event graph? None of the functions you say are your suspects are visible on there.

To me, this looks more like a problem with a line trace hitting the object that you’re dragging, causing it to bounce back and forth wildly every other frame as it alternately obstructs the line trace before it hits the back panel and then moves clear of it.