[BUG?]Crash/stop working correctly when GamePad is not connected and an event is triggered

I written some code which is triggered when the GamePad Face Button Down is pressed. This is working perfectly. I decided to go ahead and have it so that the down key on my keyboard would trigger the same event so that a user can either use a gamepad or the keyboard. This is where the problems occur.

If the gamepad event is pressed at least once and is disconnected, pressing the down key won’t crash the program but instead have it not function correctly.

Below is my blueprint for the following problem: 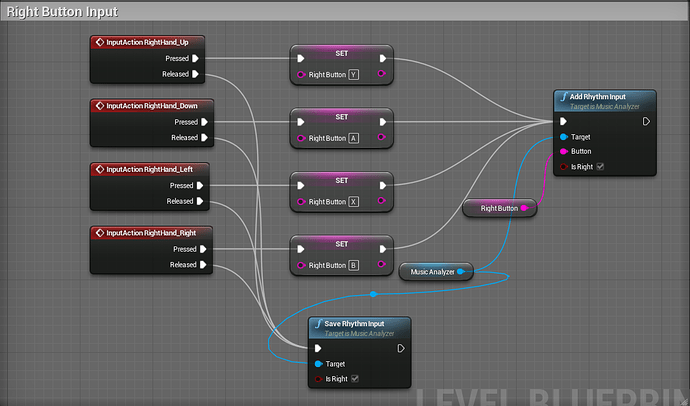 I have a similar block to this for the D-Pad buttons and the WASD keys which works correctly without any crashes: 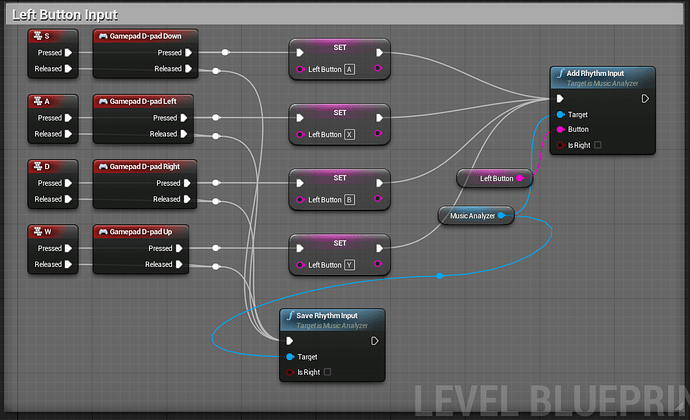 RightHand_Down for example is an input I created in the engine’s settings which calls if the Face Down Button or the Down key is pressed. I did try this using events for the Down key and the event for Face button Down seperately, similar to the second image, however this does not work either.

The two functions there are my own C++ functions that I wrote, however should not be the issue as they are just called depending on what button is pressed.

Any insight would be great, not sure why the above two blocks of code should be any different in the terms of doing a sequence of instructions. Also I am using UE 4.8.2

I still couldn’t figure out what the issue is after a few days. Any insight would be appreciated