Recently, i want to use the DLC function on mobile devices. i just do the simple thing that is cooking the incremental contents of my project with UFD tool. But i found the UFD tool will not output the changed contents with one directory(such as: DLC\Cooked…). When completed cooking contents which were changed, they will be output to the original directory which is …/…/…/Saved/Cooked/Android_DXT/ . But i think the best way is output them to a new directory like unreal engine 3.

So i want to modify the incremental package cooking result. I checked the source code, and found the cook machine will not calculate one valid diff time stamp. So all contents will be forced re-cooked if we selected only cook modified content. Finally, i found the dependency files will be added to one arrays when cook machine is being initialized. If the contents were not placed into the …/Engine/Content directory, the path was registered is the absolute path(For a instance: D:UE4_Mobile/UnrealProjects/Valkyrie/Content/Maps/test.umap). So if the content is provided by you guys, the path is …/…/…/Engine/Content/filename.

Finally, there is one issue in PrepContentPackageTimeStamps function, which is contained in PackageDependencyInfo.cpp file. I have tried to fixed it, and the result looks like not bad.

Here i upload two image for you can correctly copy my messages.The first image shows your code and the second image shows the issue has been fixed. I do not know if this is the best way, so i wish you guys fix this issue as soon as possible. 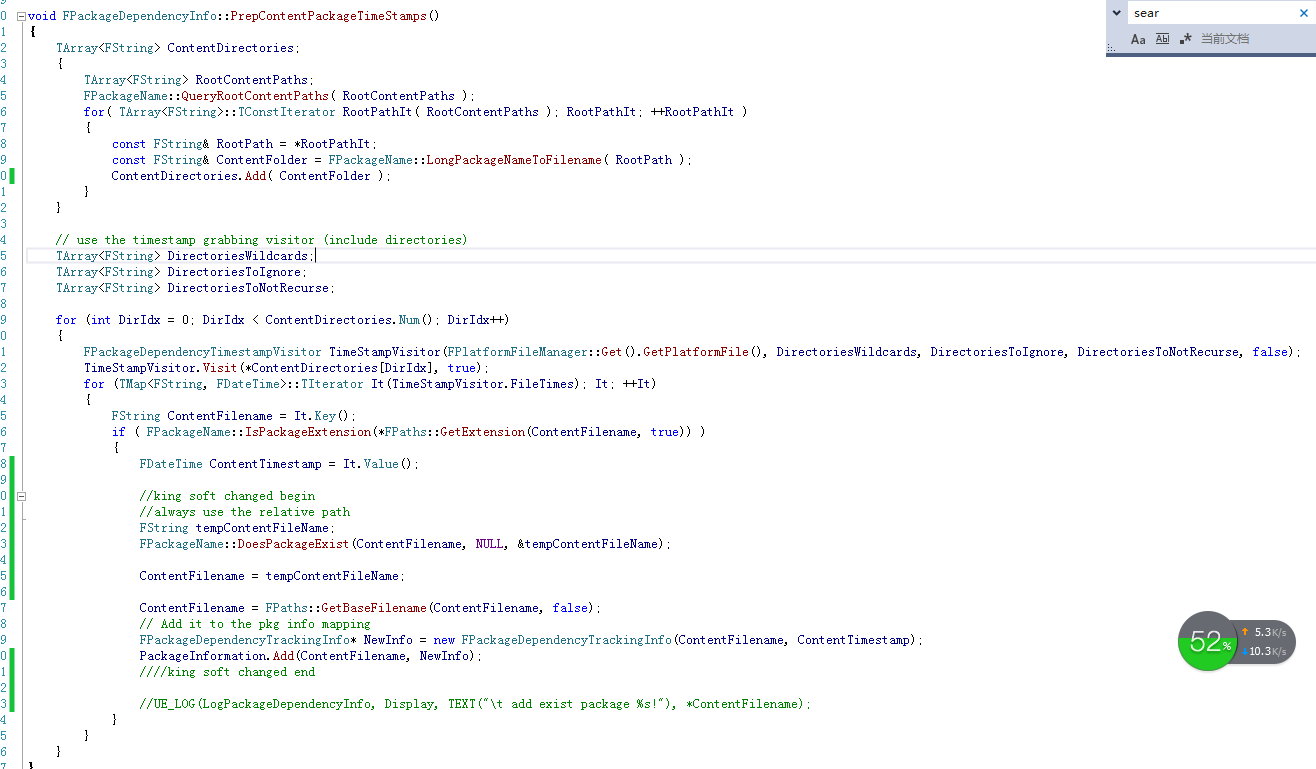 you means i can submit the source code to github? If true, i will try my best to submit it to github. of course , you can create a ticket to have this investigated by your developers.
Of course , we hope you can output the DLC contents into other directory(Such as:: …/…/Saved/DLC/Cooked/Pltfrom/…)
thanks.

Sorry, i can not submit my code. I do not know how to sync by github client.

Hi,
This issue has been resolved in our 4.7 build.
Thanks for pointing it out.

I will immediatly upgrade engine if you released it.

have you used dlc to update the game on ios, could you give me a solution, thank u.