So today i decided to redo the entire code and i found that UE4 give me wrong value .

On begin play i get the rotation of my character :
(i call a function but i show what it does few lines later don’t worry ) 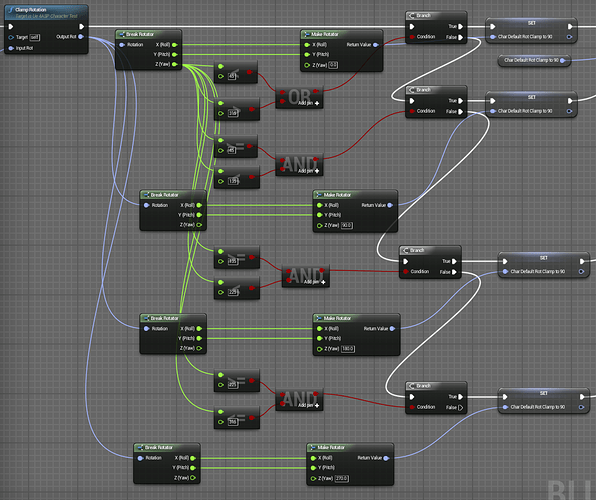 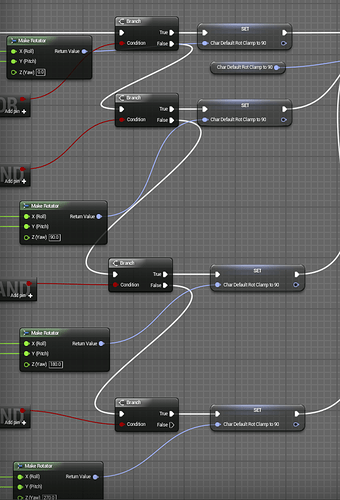 Then i call a function i’ve made to be sure that my rotation (on yaw) is between 0 and 360 to get rid of negative value :

Inside the collapsed node :

Then i set the world rotation of my mesh (my character mesh ) with the value (Default Rot … ) : 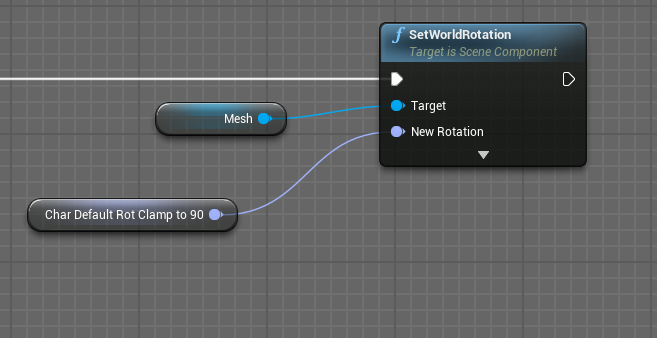 After that i have a piece of code who basically set the right rotation when i press the right key :

The result in play mode :
(the mesh world rotation is blue and the backward value is orange ) 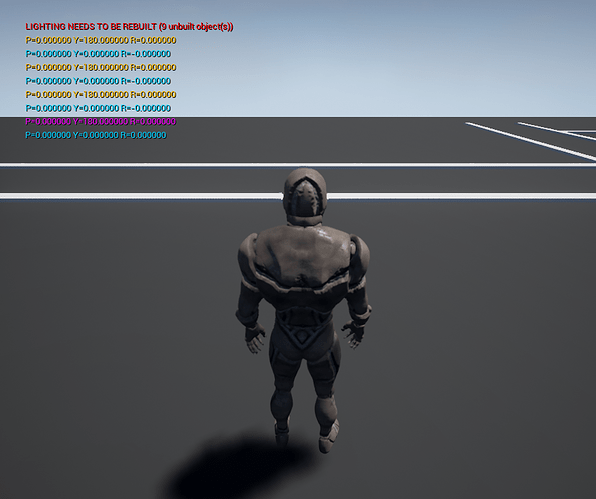 As you can see the actual mesh world Rotation is 0.0 (no problem ) and the backward world rotation is at 180.0 (here again no problem )
But look at this : 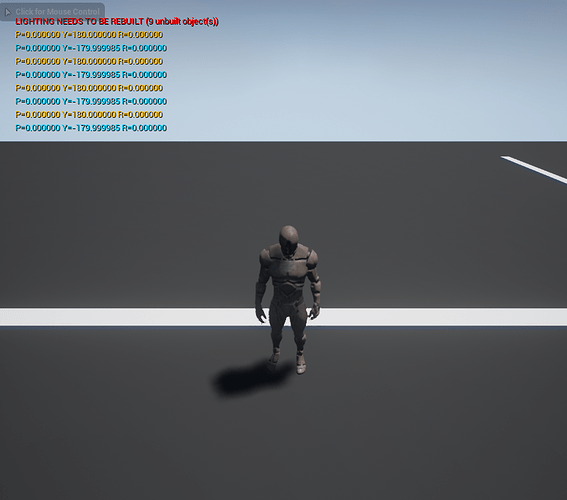 so yeah i’m done with it , i’ve almost lost 3 week of work and i don’t understand the value change .

all idea are welcome , if you need more info ask me

hope you guys can figure it out and thanks for your help and for taking your time to read me .

I can tell you why it happens, but I’m not good enough at math to tell you how to fix it.

In robotics, gimbal lock is commonly referred to as “wrist flip”, due to the use of a “triple-roll wrist” in robotic arms, where three axes of the wrist, controlling yaw, pitch, and roll, all pass through a common point.

An example of a wrist flip, also called a wrist singularity, is when the path through which the robot is traveling causes the first and third axes of the robot’s wrist to line up. The second wrist axis then attempts to spin 180° in zero time to maintain the orientation of the end effector. The result of a singularity can be quite dramatic and can have adverse effects on the robot arm, the end effector, and the process.

And it’s changing to 179.999985 because of floating point errors. Nothing really to worry about there.

On the other hand, your code to round the rotation to 90° is excessive, just do this or use the “Snap To Grid (float)” node.

Thank you a lot for your answer ! i now understand why Unity is using Quaternion

hope it work and again : thank you for your help !