I’ve been able to successfully extrude faces of my stair project ( usual behavior obviously), but its not consistent.

Two are fine, but the last step in this multipiece stair setup is missing the faces only in the front.

If I turn around to back face of entire piece, the faces are there on backside, but if I look at it front from, they aren’t.

I tried selecting the front faces from the other side, flipping norms and no luck.

IS this a bug, if so its very selective.

Or is this a feature I’m missing in between extrusion process’s ? 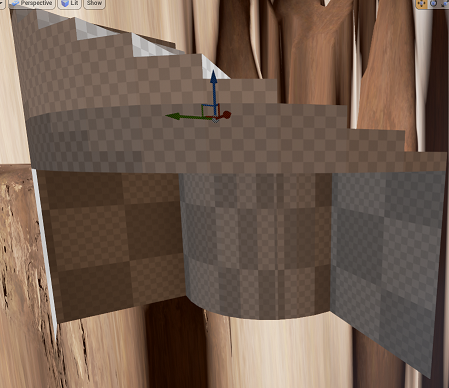 Ok I fixed it after having a tad more time.

It never worked by choosing all faces and extruding, I had to choose individual ones and then it was fine, although prior to that I was able to do it all in one group.

I have no idea why,nor was I ever able to again, so it would be nice to know what that wize or a hint to it.

To anyone wondering, that’s how it is oddly enough or by design no idea.