I used raytracing for this film.
The hero rock assets where built in Maya , but everything else was created inside Unreal Engine.
The camera animation was captured using an Ipad as virtual camera, which I found to be a very enjoyable way to work.
Instead of planning out each shot ahead of time, I built the area scene first and then used the virtual camera to hunt for good compositions and shots. From there I tried to build a narrative around the landscape. The sand storm was an idea that came later as I was starting to assemble the first few shots. I ended up building a bunch of Niagara emitters and placing them around for each storm shot.
Thanks so much for taking a look!
https://www.artstation.com/thaddaeus 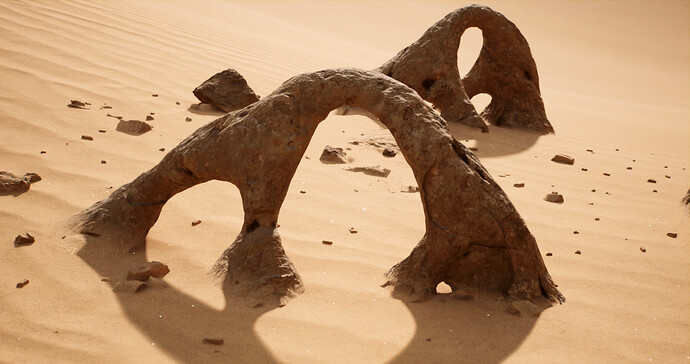 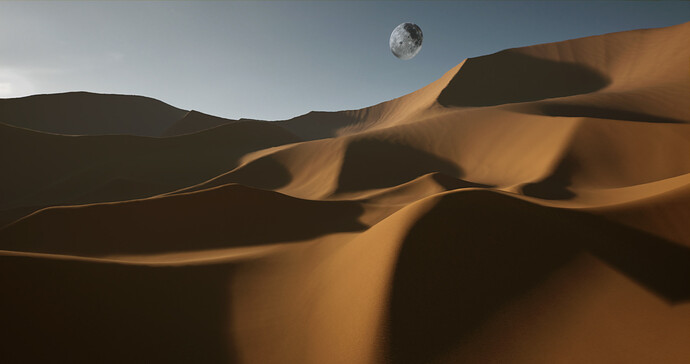 If my memory is good, it’s the first time I see a desert theme so well animated, it look and sound real