I love the new UI in UE5 but when I saw BP and Material nodes, I was somewhat disappointed that the designs of the nodes themselves haven’t changed much compared to UE4. I guess Epic wanted to maintain the familiarity of the nodes but I kinda expected a cleaner look at the very least. my suggestion is that the node design could use a little tlc and feel fresh like UE5. 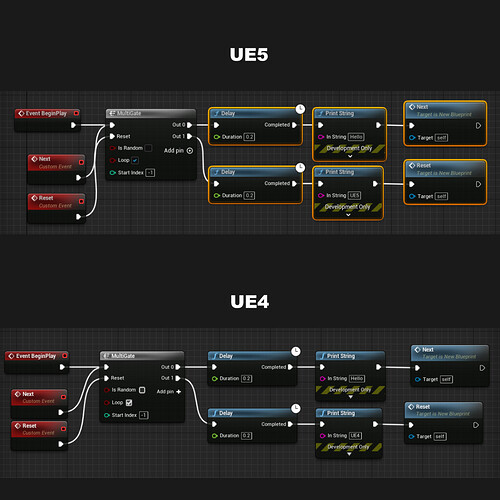 I actually kind of wish they hadn’t changed it. That little bubble next to add pin seems so ambiguous and the Blue checkmark is much harder to see then the bold white one.

I would be happy just removing the gradients on nodes names, just a flat color to make them easier to read.

With such a major release, I was hoping that they would at least look at some of the nod optimization suggestions given by countless users on these threads. Again, even a basic, across-the-board polish of what’s already there would be better than nothing. Basic stuff, like resizing oversized nodes or merging ones that can be merged. Here are just some of the earlier suggestions and quick illustration prototypes from the 4.26 thread:

• Utility nodes like Length or == take way too much space, and nodes like [Map] Add tend to blow up with direct text/string values (the right half of the node doesn’t do anything).

• The Comparison nodes (>=, ==, <=) could probably be merged into a single new node with wildcard inputs and a selection dropdown. Put it on a keyboard shortcut, too.

• Most nodes can be made slimmer. Trim the empty areas on the sides and the node’s header, as well as give more space to the areas that require input (usually the left side) over those that don’t. 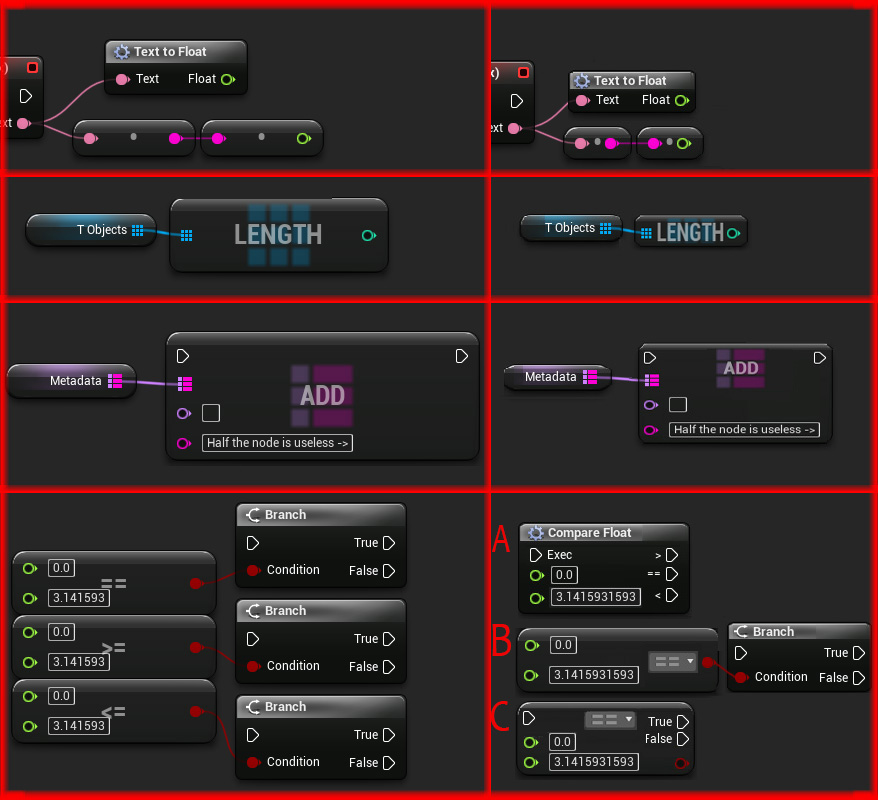 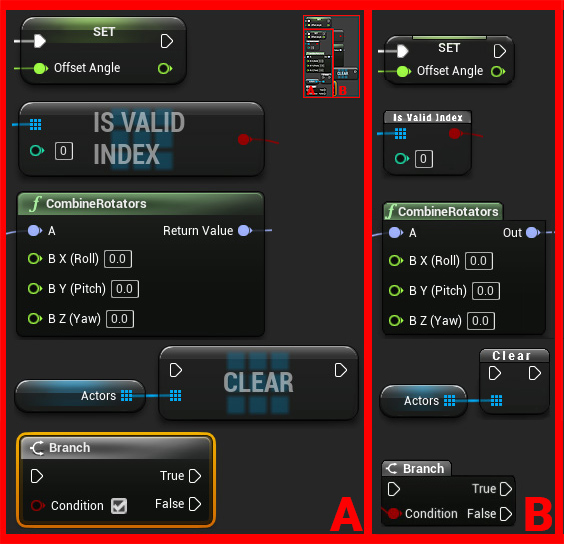 And so on. In short, the BP node system could definitely use an UI overhaul even in the most basic sense, let alone adding useful features like additional connectors or options for custom font and nodes sizes. But having no changes at all? Having no meaningful BP improvements is a major disappointment in itself, but having no visual optimizations of any kind is just. . . sad.

I’d also like to throw in the ability to remove/dissolve reroute nodes that automatically fixes up the connections would be nice. You can double click to add a reroute, why not be able to double click a reroute to remove it? The implementation from a high level sounds simple

Those are some great ideas in the line of what I would also like to see, I like the combined operators with the flow control version of it.
I hope epic will take note.

I like the new grey check box, the old one was too « heavy » compared to other input fields. I would simply make the checked symbol white instead of blue for consistency with numeric field.