Hi This is something that is stumping me, I’m trying to get a box trigger to fire when the player object enters it.

However it doesn’t seem to work. I end up having to do a comparison on the name which I’m sure isn’t the correct way of doing this.

Have you changed any collision settings?

No. How would that impact this?

I can recall having problems getting triggers to fire, most reliable thing is a collision box in a BP.

you never specified if the print string is working so it could be one of two issues that your having.

the second issue you may be having is your comparison. in your image your comparing the other actor to actor instance of a specific class, now that may work but it also may not. I don’t believe that you could use your current method to properly specify a actor reference so it would likely not ever be equal. if you were to give it a proper reference to a actor through means such as a get player character then it would work. since you want this actor to interact with other actors of a specific class then you could easily use a cast to that class. for example if you want the actor to interact with any character then you could cast to the character class before the rest of your script. a cast basically just asks does the actor object in inherit from the class im casting to, put another way it asks is the thing i have like the thing im looking for.

summary: if you want to have the actor interact with only one specific actor in the level then use your current equal method and make sure you have a reference to the actor for comparison. if you want to interact with any actor of a given class then use a cast, a cast can also work for cases where you want a single actor and don’t expect any other actors of the same class to exist. 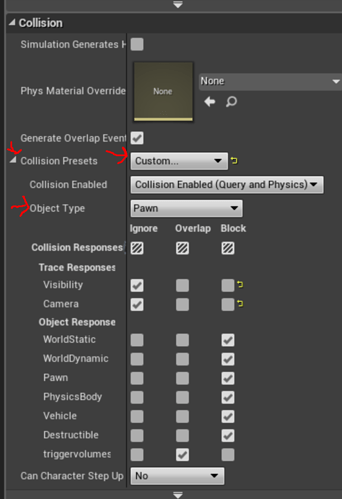