Attached are BP related to problem. 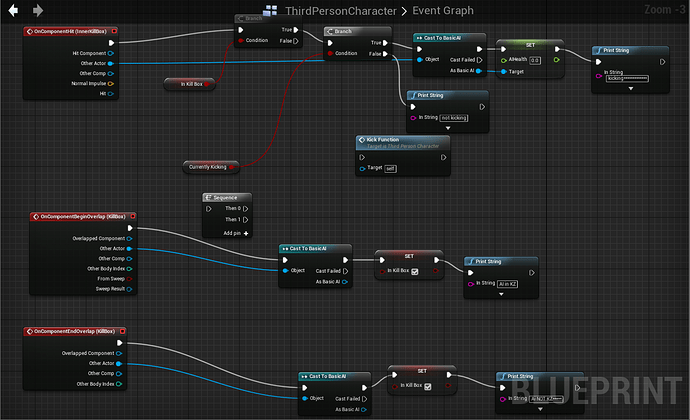 What if you cast to ThirdPersonCharacter is failing?

I changed It from a OnComponetHit to OnCompnetBeginOverlap for InnerBox and the casting is working but if i hit the button before the player hits the KillZone, it kills the AI as soon as it touches the KillZone. But If I press the button while the AI is in the KillZone it does not not kill the AI, until the AI hits the KillZone again(AI out of KillZone the hits it again)

I had a similar problem, you should use a box raytrace instead of a box collider calling it every tick or better yet setting a timer with an iterval of something like 0.1s for performance reasons as not much really changes within shorter time frames than that. Rotating box colliders invalidates the hit/overlap events which makes them suitable for static actors only.

This worked perfectly, I used a Box Trace, and it worked instantly.
Thanks!

I know it’s been years since you asked your question. I came accross the same Problem and found a solution relatively quickly. You might not Need this, but someone might be happy that they came across this solution. So here it is. I let the Picture speak for itself. Only that the timeline is an empty timeline with Loop checked and the Point you are searching for is the output value from “get closest Point on collision” 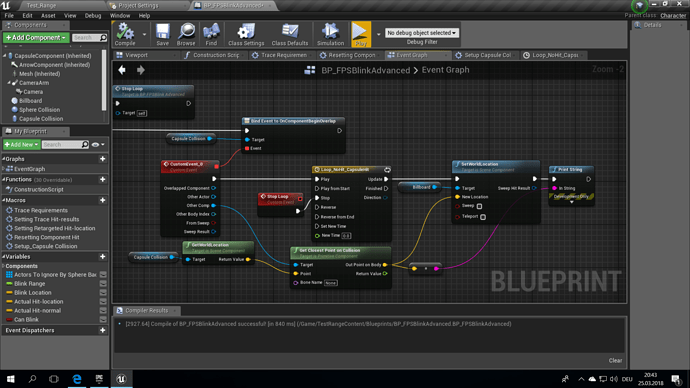