Hi there!
I have a character modeled and rigged in Blender, with a bunch of animations. Most of them look identical between Blender and unreal, but a few have seemingly random rotations occurring on some of the bones.
here is a video showing a running animation, where the character’s eyes go crazy in unreal: 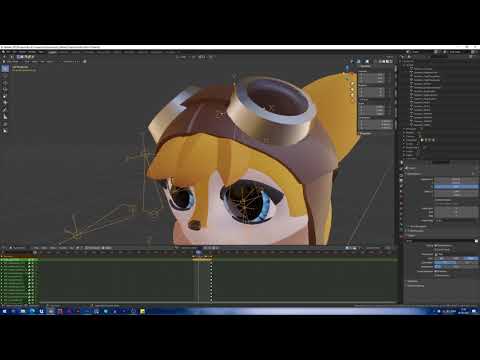 I have tried all day to get it to work, but nothing seems to help. Does anyone know why this is happening?

This is a recurring blender issue with Scale and Rotation.

In short, the bug makes it so that the rotation of patented bones is altered when the scale of the parent bone changes.

The easy fix is to remove the scaling/squishing of the head in the animation.
OR, to remove the eye bones from that parenting. Simply assign them to a bone that doesn’t scale, or make a non scaling copy of the head bone.

The complicated fix is to report the bug to blender again, and hope they actually fix it right.

Well, and also make sure you are on the latest version… I haven’t seen this issue since .28.2

HI! Thanks a lot for your answer! I completely missed it for some reason

That sounds like a good workaround - I’ll give that a go!

Old thread I know - but another workaround is to use morph targets to drive scale. It works well enough if you’re not doing anything crazy.