Hey guys, I’m not sure I’m in the right part of the forums, because I’ve never posted here. But I’m desperate for a solution to my problem. I have a weapon parent Blueprint and a Shotgun Blueprint that’s the child. I’m following a udemy course. He had the same problem where the Shotgun would fire as fast as he can pull the trigger, but he made a delay Node in the Weapon parent with a Variable for its time. Then without making a set Node I’m the Shotgun BP he set that Variable to 1.2. Then it worked. I’m not sure how the Variable can have an effect if it doesn’t have a set Node, but I don’t fully understand this stuff yet. Getting there thought. If someone could please help me here that would be awesome. 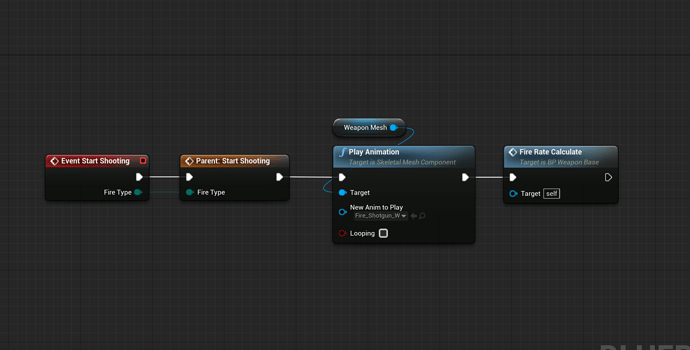 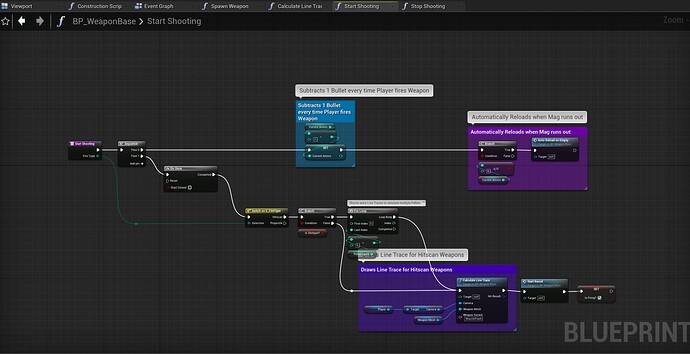 Variables can (and oftentimes should!) have default values - it can be assigned in the details panel when you select the node. You’d use Set to override the default value with another one - let’s say the player upgrades the shotgun.

OK yeah I just thought they had to be set if used in a different Blueprint. But now I realize that they don’t. Thanks for the reply!