Hi, I just finished an experiment on creating a homing weapon inspired by the Needler from Halo. The project files are now available on GitHub. So if anyone’s interested, you can get them here: https://github.com/RohitKotiveetil/U…ngine–Needler.

And here’s a preview video of it in action: 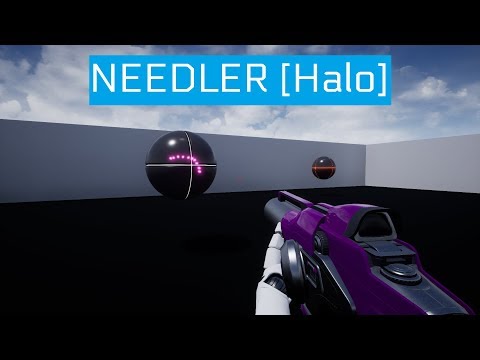 The weapon uses a non-reticule based fire & forget lock-on system similar to Halo: Combat Evolved, while the SuperCombine explosion is inspired by the design from Halo 3, which prevents multiple SuperCombines from activating on the same target.

Also, I’ve taken some inspiration from the lore about the damage potential of individual needles. So this version basically deals two types of damage: penetration damage upon impact, and a delayed detonation (unless supercombined) that deals explosive damage.