Released a new blueprint framework that recreates the Last Known Position mechanic from Splinter Cell: Conviction. If anyone’s interested, feel free to grab the project from Github at: https://github.com/RohitKotiveetil/U…nVisualization. The Ghost material used for visualization was created using Tom Looman’s custom depth solution mentioned here (under the ‘Culling Inner Triangles’ section): http://www.tomlooman.com/the-many-us…h-in-unreal-4/. So many thanks to him for sharing that. This tutorial was also really helpful in setting up the material: Setting up a ghost material in UE4 (university blog) - YouTube

Known Limitations: This system does not work out of the box when there are multiple AI units that can detect the player. It does have an AI Manager that is responsible for activating the visualization. Support for multiple AI guards can be easily added by having the AI Manager check for valid targets among all the guards, every time it receives a message that a unit has lost track of its target.

So if anyone’s interested in using it in your projects, this should give you a pretty good idea about the basic code flow.

Great stuff, thanks for sharing.

Any plans on doing a dishonored style climbing system?

Great stuff, thanks for sharing.

Any plans on doing a dishonored style climbing system?

If you’re talking about the Blink ability, then here you go: GitHub - RohitKotiveetil/UnrealEngine--BlinkAbility: Recreation of Dishonored's Blink ability in U

It has the automated climbing part as well, but without the animations.

I. Added compatibility for Unreal Engine 5 and 4.26.
II. Fixed a bug that caused loss of translucency and black artifacts to appear on the visualization mesh. 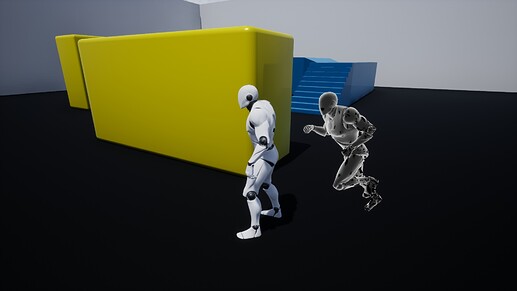 Now with the new changes, the visualization works fine on all versions from 4.26 onwards including UE5 EA. 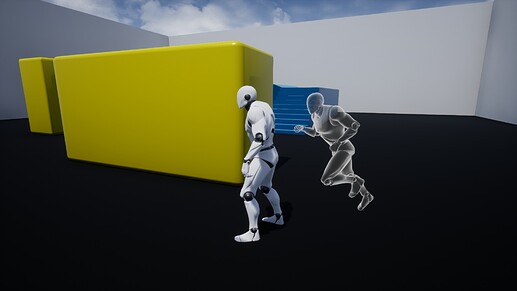