I’m making a setup where an actor extends a component called InteractionUser. That interaction user polls interactable objects, and is set up to be able to use them in specific ways. In this instance, I’ve set up an interface, InteractableInterface, and there’s an implementable event for interactable objects to build functionality off of, called OnInteractWithInteractorId. It passes in the interaction user, in order to choose the animations and functionality based on the user type.

Since it’s an implementable event defined within an interface, I have to call it with the Execute_ syntax. Which is fine- but when I check the references to both component and owner within the blueprint straight after it leaves C++ execution, they’re both null - despite being non-null when they were sent. The InteractionUserComponent is stored in the character as a UProperty, so isn’t garbage collected, I dont think - I’m not really sure what’s going on here. Here’s some images of my setup.

What’s strange to me is that you can observe that there’s a BlueprintNativeEvent above the CallableEvent that I also utilize - and the component reference is perfectly fine within that function in the blueprint. I suppose I could switch the callable event to use a native event, but I’d prefer not to.

Any help or ideas would be appreciated. 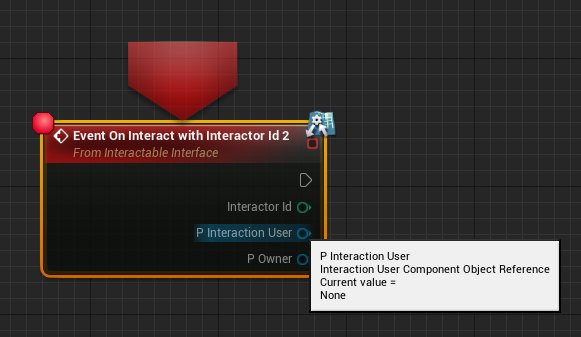 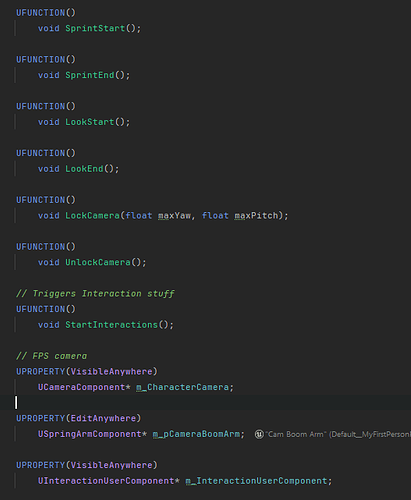