and in my character blueprint i have an input action (ctrl)

inside the blueprint. drag of the mesh component in the graph (the mesh that use the animation blueprint) then create a node “Get anim instance” that will give you a refenrence you can cast to the class of you’r animation blueprint, then set values. You need to do this from the player’s blueprint.

errrrm ok i will try that im a little confused however. the mesh holds no information does it? 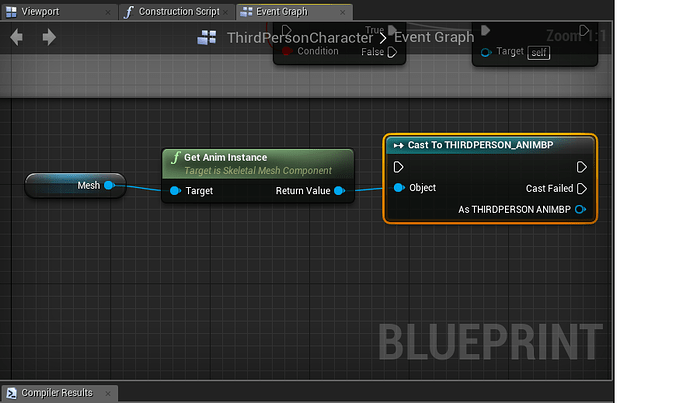 i have an input action called (crawling?) this is only available in the characteranimbp please forgive my confusion im slow to learn

that mesh reference, is it referencing a skeletal mesh with this animation blueprint assigned to it? it should.

not gonna lie i have no idea lol .im confused as hell right now

Thank you JX53mb im not going to say that i understand why this works and im sure my method is sloppy and has a lot of unnecessary nodes but this setup finaly works THANK YOU !

well, it could be better, but this will work. you dont need to cast twice. you could do the cast thing at begin play. then promote the cast result to a variable by right-clicking on it. then use that variable instead of re-casting every time you need to use it.