don’t know if this is any help to you, quick tutorial i did on here about blueprint communication: 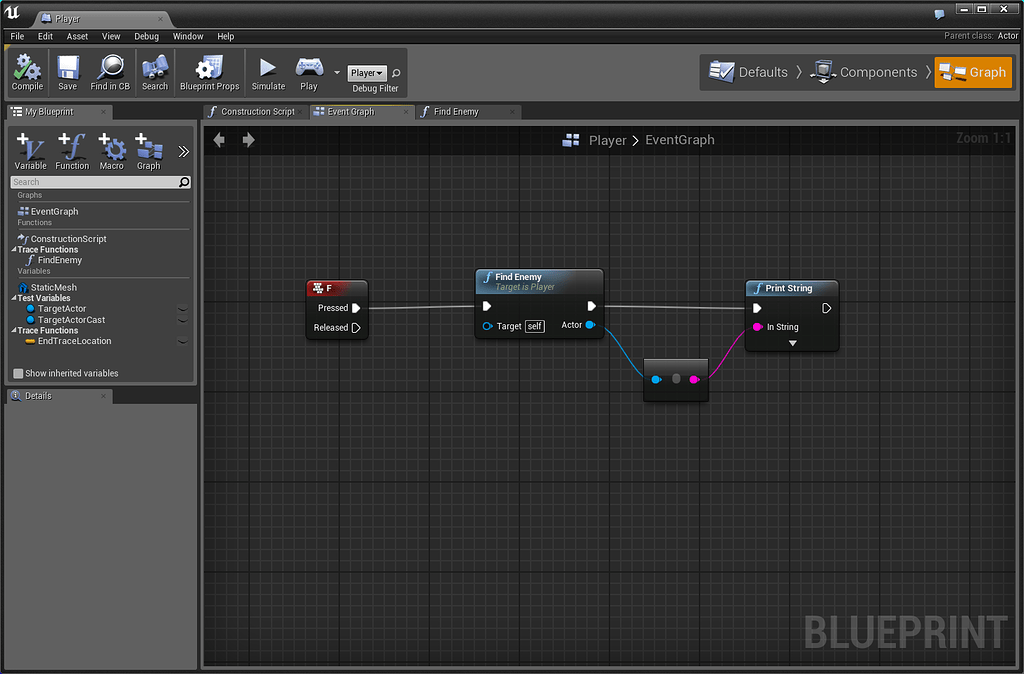 accessing variables/functions from one blueprint to another with a bit of...

Hi I posted this rather lengthy comment to help someone on a thread asking about communicating between Blueprints, thought I might aswell stick it in it’s own thread to help anyone new to using blueprints. First off watch the Blueprint videos on...

I think if you search for inventory tutorial you are bound to find one.
Now with UMG and if you consider multiplayer, I really can’t think of a way to do a inventory properly without interface.
(Or a very very messy trees with tons of branch nodes.)

Is it intended that suddenly only exposed (marked as editable) variables can be used from another blueprint? This was definitely not always so since I’ve got many Get-calls to non-editable variables of other blueprints that still work. When did they change it, or did I miss something?

This is a new feature added in 4.6 Unreal Engine 4.6 Release Notes | Unreal Engine Documentation (under blueprints) Not needed with older versions.