I followed some tutorial about creating moon mesh. Everything work fine, i can create blueprint actor, add static meshes, apply materials and so. BUT after editing construction script static mesh became completely invisible, doesn’t matter in bp viewport or in game viewport. And main problem is that even when i disconnect and delete all from construction script, remove all variables, compile it, save and restart engine they still invisible. New added static mesh in that BP immediately become invisible as well. So blueprint become completely broken. New created blueprint actor after edit construct script became broken as well. No errors, literally 0 clues what went wrong, all meshes set to visible. 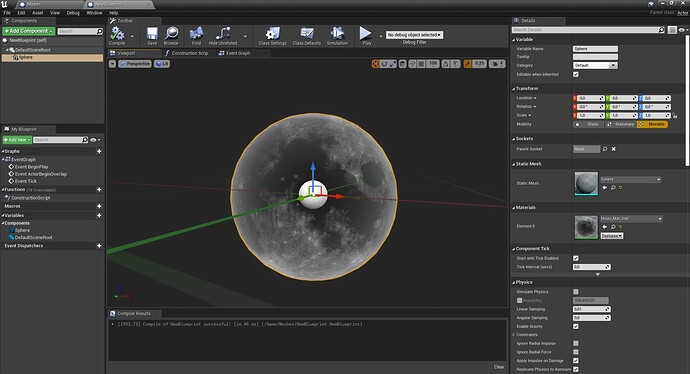 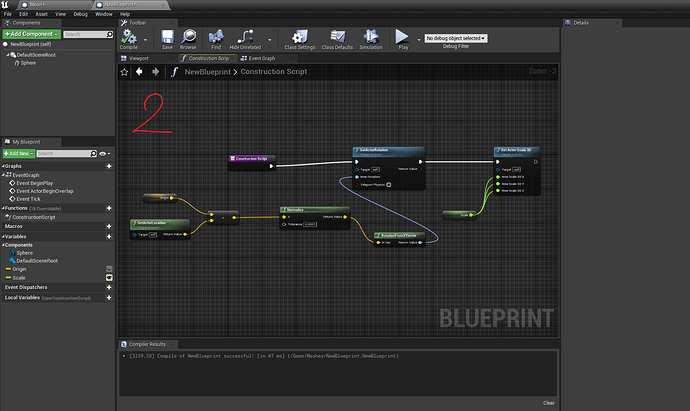 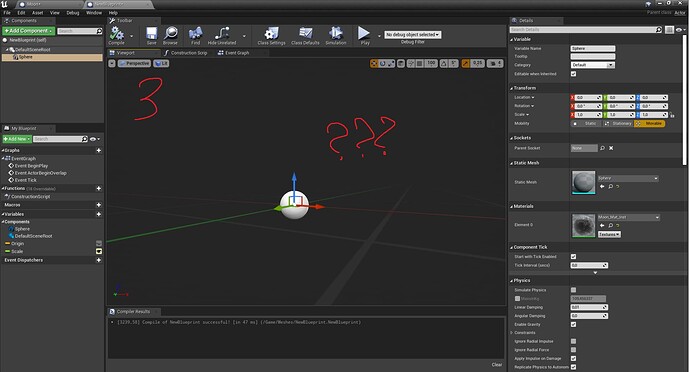 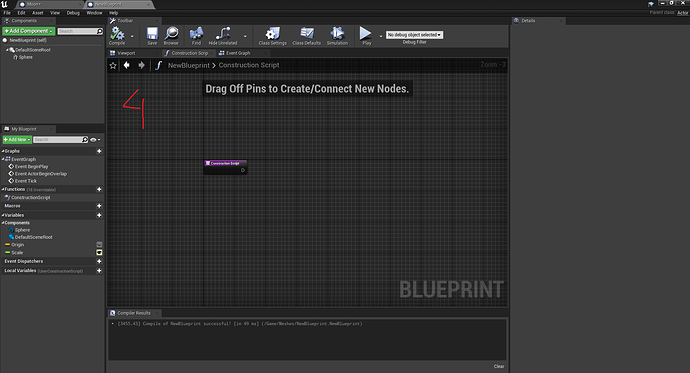 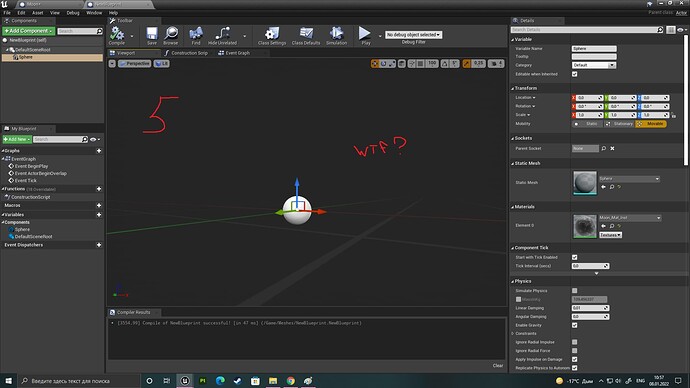 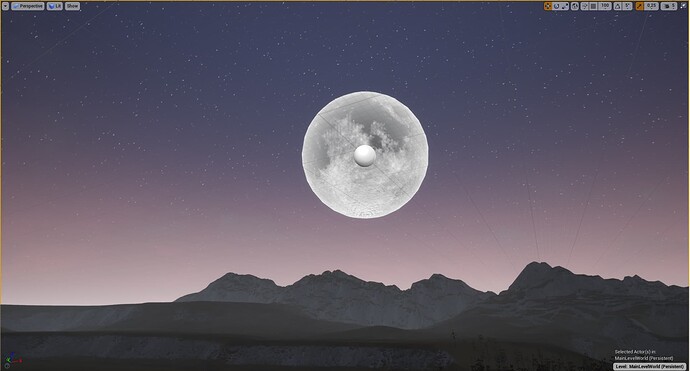 Tried pressing F in the blueprint viewport with the sphere selected?

This centers the screen, but nothing else 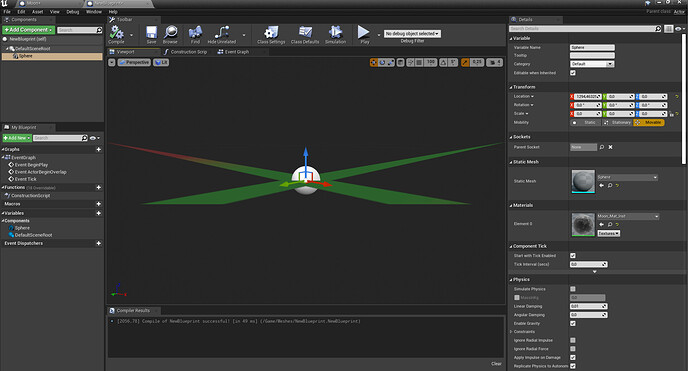 Yeah, just messing with parameters. Setting scale to 1 unfortunately does nothing. However, thanks to you, i found out you can change scale type from “relative” to “world” and that kind of fixing problem, sphere appears again, even with construction script editing, tho now i can’t edit location in blueprint, but can in level viewport. Can’t change scale in level, but can in blueprint itself