I’m attempting to turn an existing room (static meshes, lights, fx, etc) into a prefab that I can instance in multiple places in the level. My understanding is that I should be doing this with a blueprint object.

The problem: Lighting seems to show problematic results when attempting to prefab geometry in a blueprint object.

Lighting using non-blueprint static meshes (this is how it should look):

Lighting using blueprint static meshes (this is not how it should look): 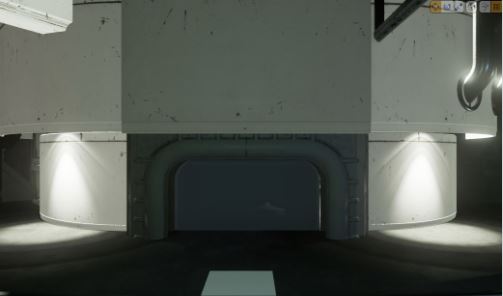 What is the mobility set to on your mesh components (near the transform in the details panel)?

Try setting them to static and rebuilding lighting.

Thanks Michael. That solved the lighting issue.

That said, I actually have feedback for the blueprint systems as a means to building level/object prefabs. I was going to start a new thread but maybe it’s better just to add it to this thread (for now).

**Bottom Line: So far my experience with Unreal has been a very positive one but… Unity’s prefab functionality seem vastly superior to Unreal at the moment. **

I was reading over you last post and I wanted to inform you that a feature request for what you have mentioned has already been submitted. However, depending on your needs there is a feature in the engine that could be viable. You can select the actors in your scene and then use the blueprints drop down to convert them to a single blueprint via the “Convert Selected Components to Blueprint Class” option. I hope that this information helps.