First of all, Happy New year Epic and every UE4 users :D.

I’m comin’ at you because i’m stuck on something really annoying with Blueprint scripting. At the moment, i’m doing prototype for multiplayer things like shooting each other, modify health etc.

I followed Blueprint Networking tutorials and I could make a system where I have a Pawn (based on FirstPersonTemplate C++) which have a life, and could shoot projectile to others and apply damage because of that projectile. It was pretty functionnal

tested with my mates in multiplayer way, looks great :D.

Now, I try to implement a weapon between my character and the projectile launched. So I export some functions like spawning projectile in the weapon blueprint. I created a custom event for fire because Fire input is only handle in Character blueprint (because of inputs), and I can communicate between blueprints to print a text in screen (like “boom”). But when I implement the function which spawn the projectile, it doesnt work. I made some tests and It appears that because of my “Server Attempt spawn Proj” is a Run On server - reliable event. It doesn’t fire in my Weapon blueprint if it’s a network event O_o. Did I miss something?

For information, my weapon blueprint is replicated 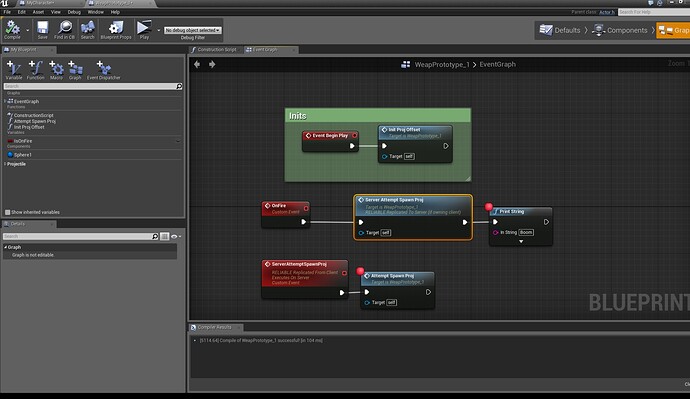 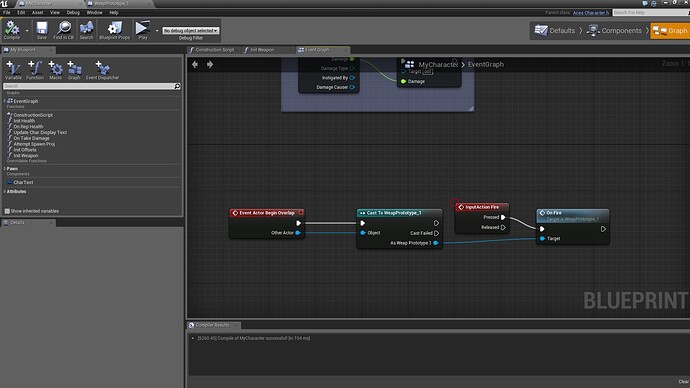