I have the exact same problem.
I tested multiple Construction Sets in different BP_Objects - Editor Works fine but while Rendering The animation stucks at the Frame I startet die Animation.

Can anybody help on this Topic?

Same Problem，The light is in a skeleton grid body, check Run Construction Script in Sequence, I tried to add animation to drag the timeline, but BP never loaded the animation. 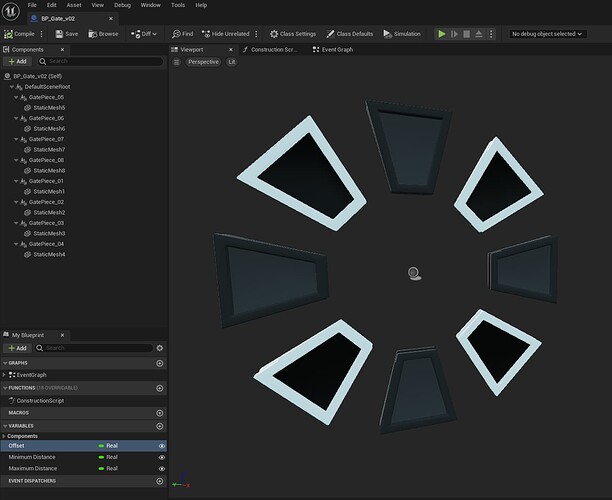 Same problem here, where I’ve got a ‘gate’ type object that’s supposed to move all of it’s elements towards and away from the centre. This control is tied to one float variable, which I can animate in Sequencer. All works great when playing it back in the editor, but once I render out via Movie Render Queue, the animation is frozen.

Really strange, since the “Run Construction Script in Sequencer” option is geared at exactly this problem. This not working for render export is madness

Is it really a design ? I don’t work for game I’m a 3D artist wiling to make ue4 renders, but not having any way to do that is bad…