Im used to writing code in java where you can just make your own API and functions willy nilly.

I’ve heard that you COULD potentially make games entirely out of blueprints, but has anyone really done that and kept the blueprints clean? (Im asking because i usually build stuff into each other)

Is there a standard for how to organize blueprints? What do you guys think.

Example: Im building a sidescroller game where I need to make functions work off of each other. (In code this isn’t hard to do since i can check for things at literally any given time I want to)

Lets use variables Mana, Stamina, and Atk, and Skill_Atk for an example. If I built it where Skill_Atk = Atk * Mana%2 + Stamina%4, would that ever be possible to make it look clean? (forgive me if the modulus use is wrong, im still getting used to how weird it looks). And even then, after calling all of that, spending the correct amount of mana, and stamina would add more blueprint mess.

Or another example would be environmental changes. Lets use megaman X as an example. In megaman X, when you complete some of the stages they change the behaviors that exist within other stages. These are not too complicated, but it’s the difference between going through a lava stage, and it being completely cooled down and walkable. How would you make the blueprint look clean when dealing with large environment changes and enemy behaviors? 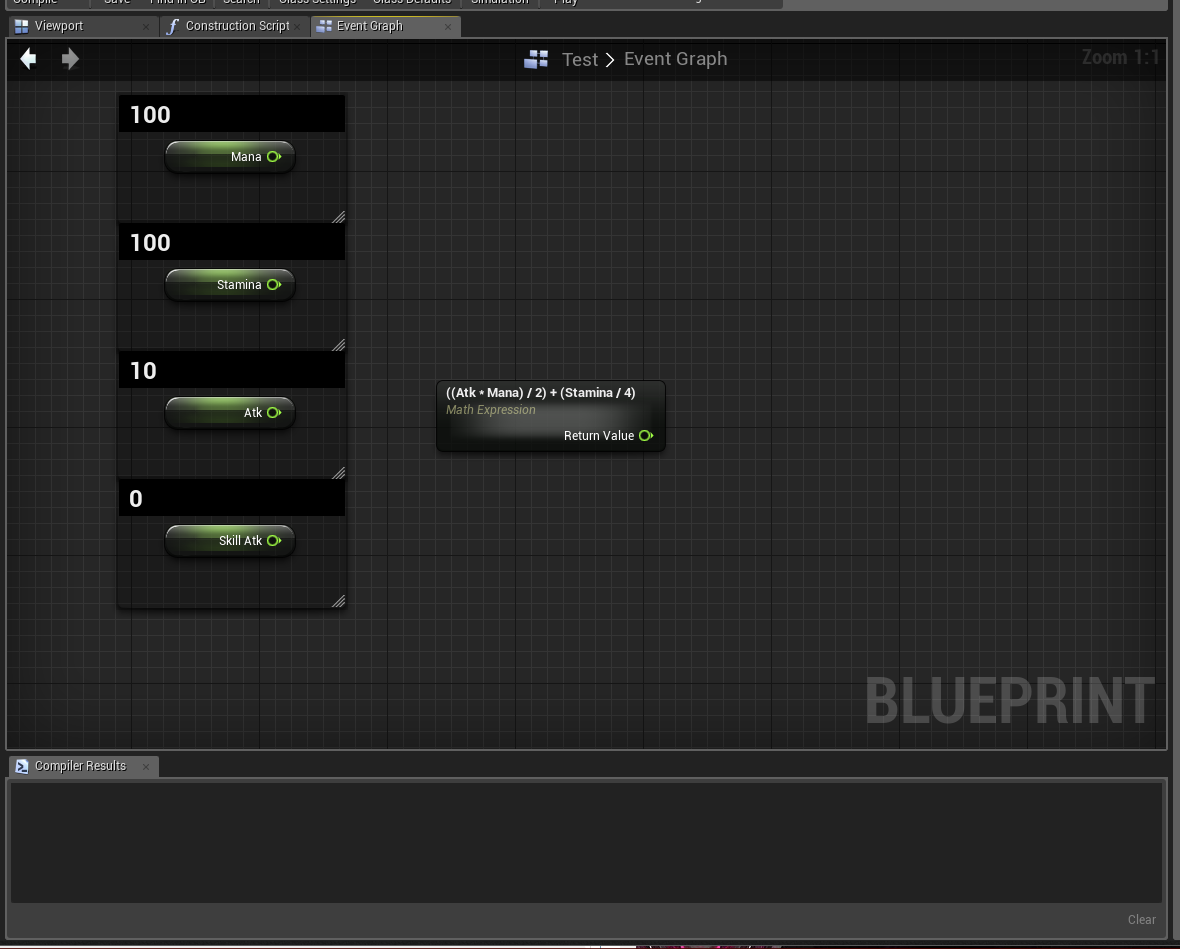 Stuff it all into a maths node. This’ll grab the variables for you automagically and give the output. 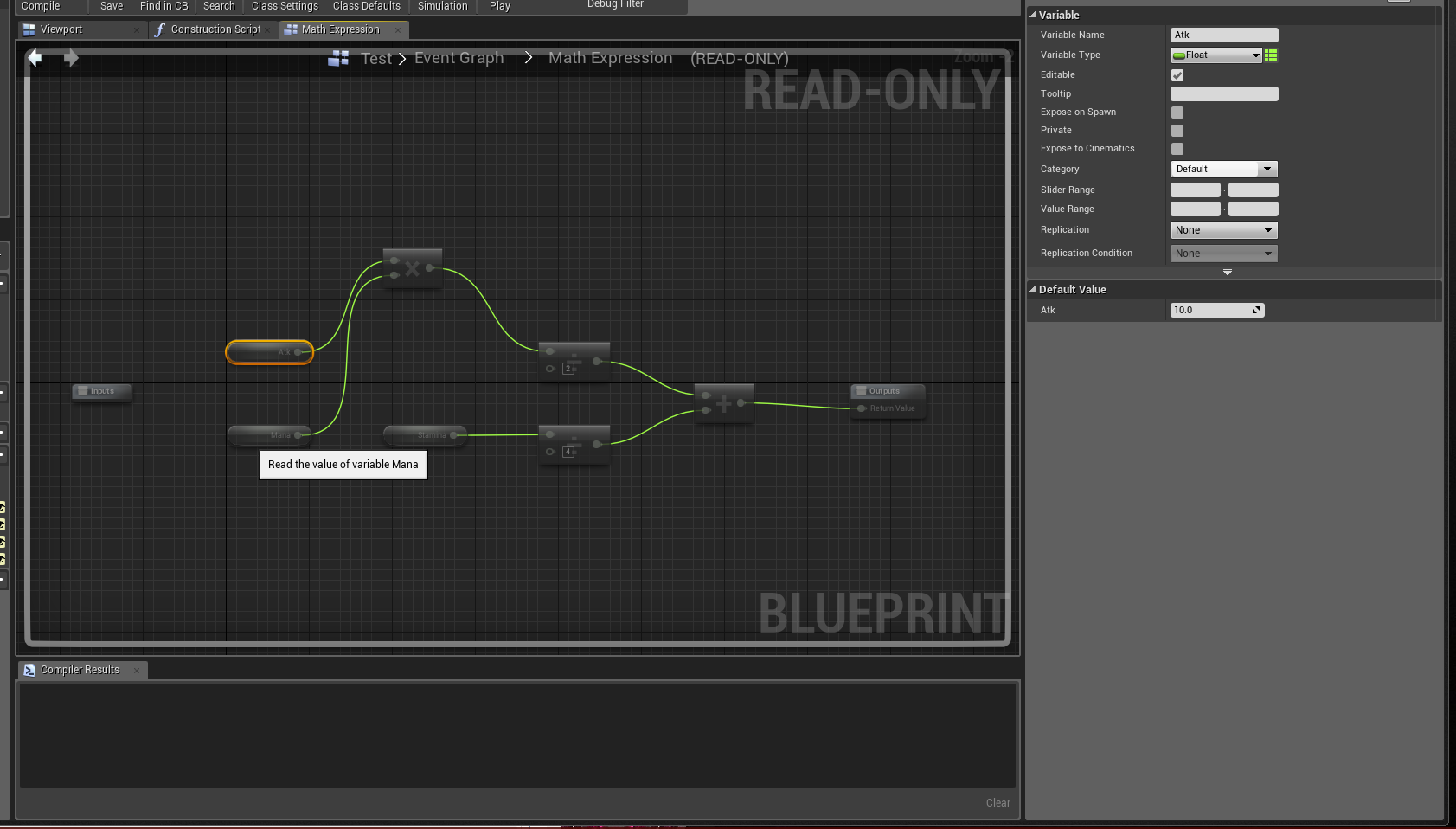 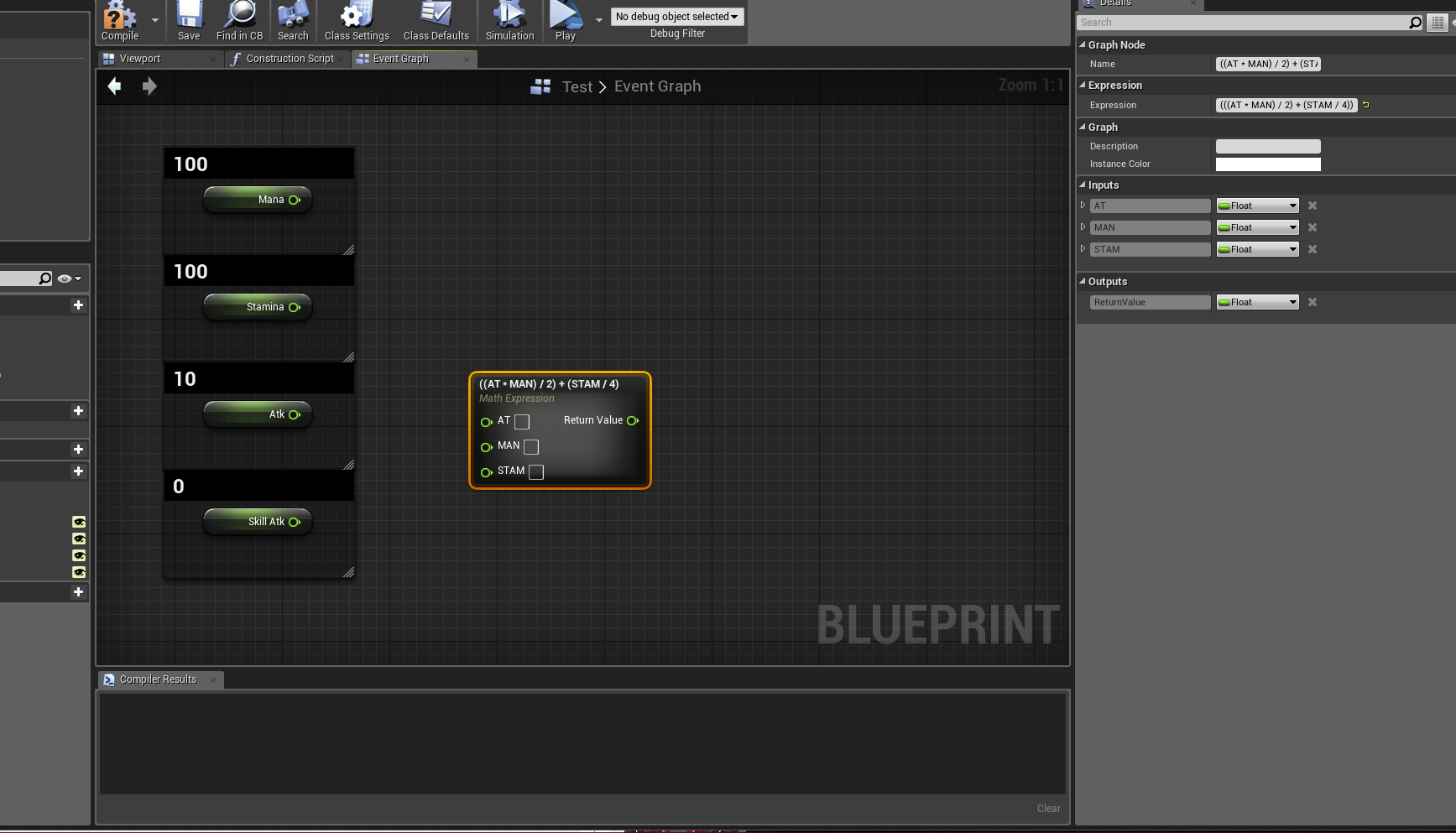 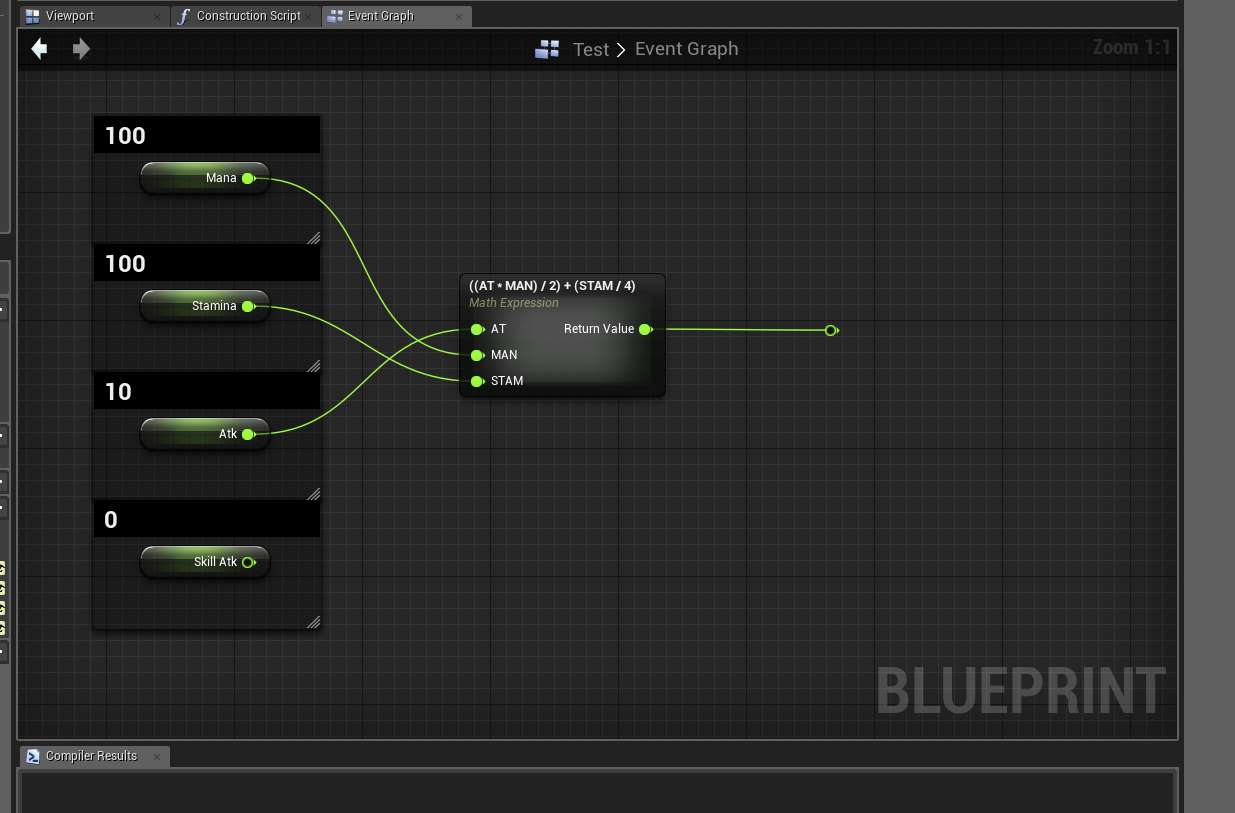 Variables defined in the math function will take inputs and process it. 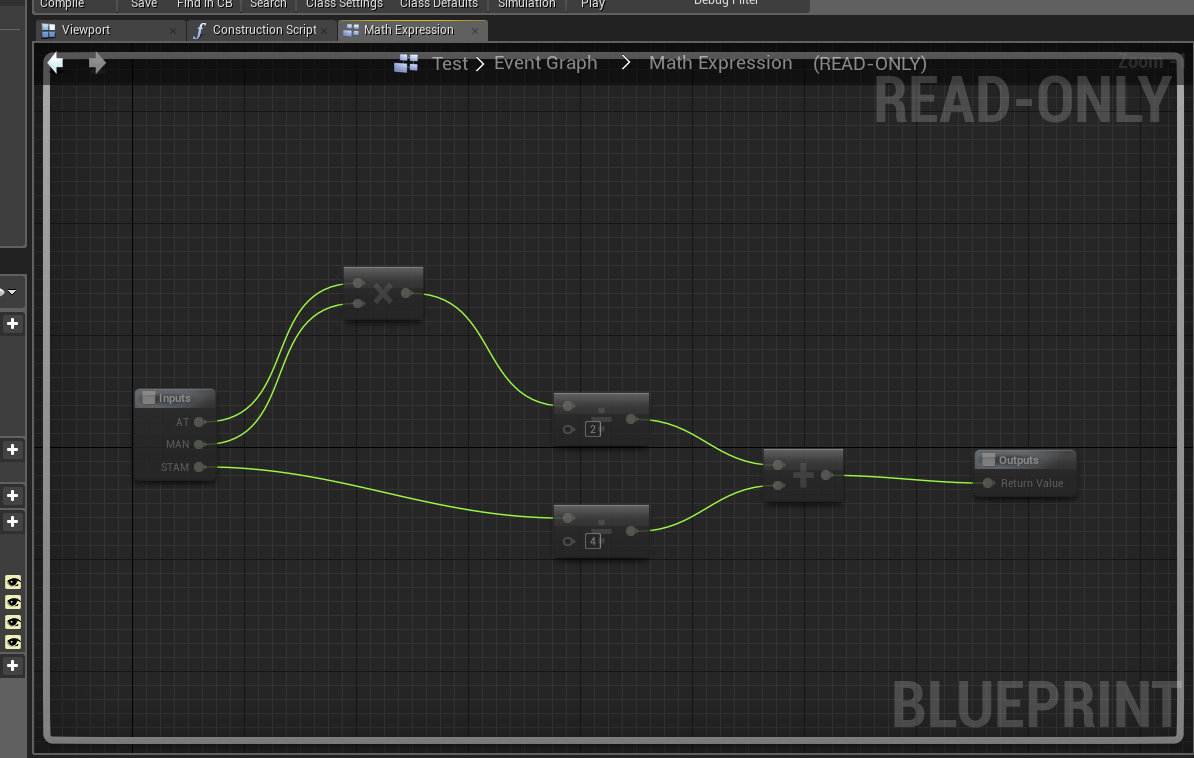 Most compact without Math Function Node: 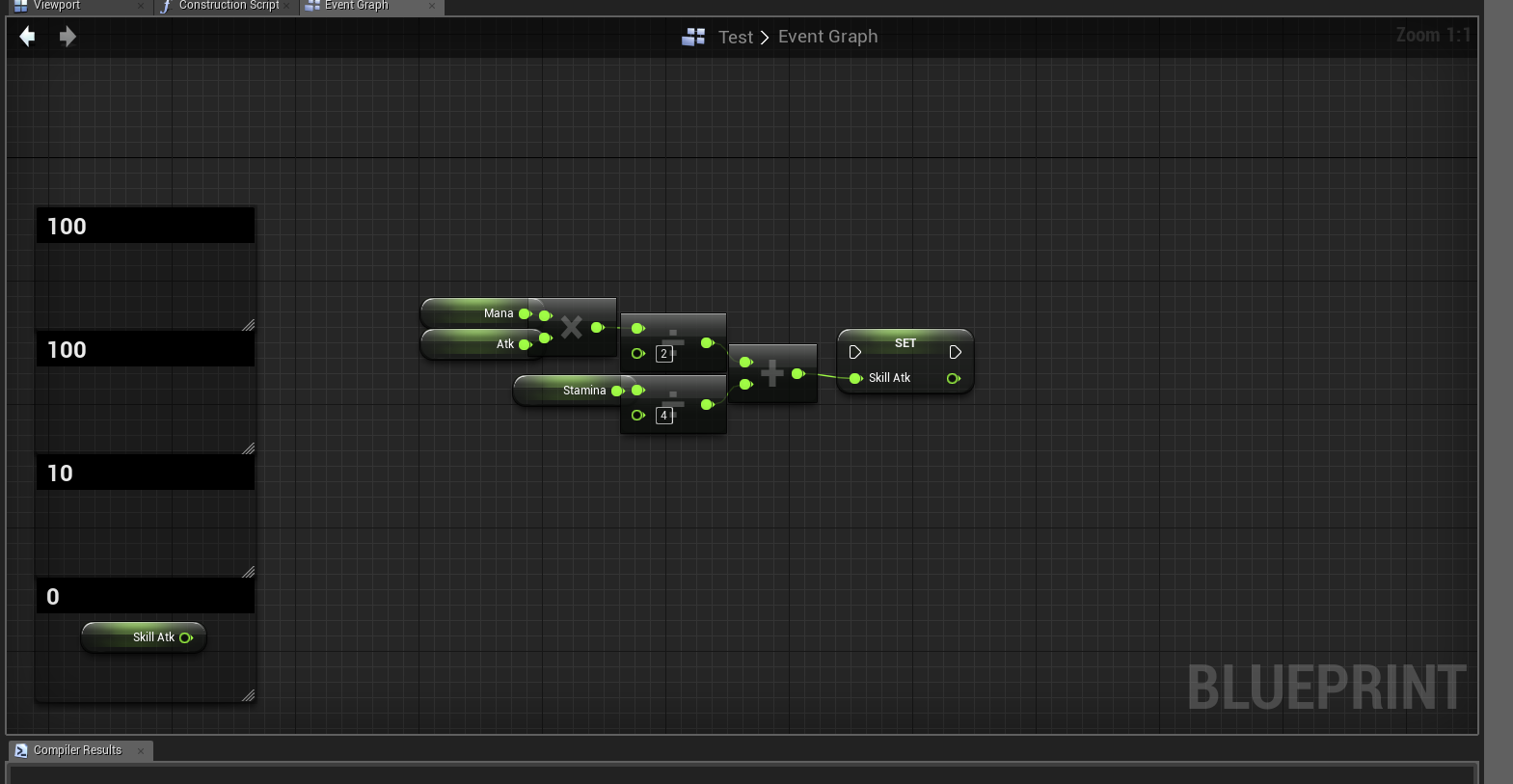