Because I got so much positive response in the other thread, I am finally making this a Work in Progress title.

This is the thread I am talking about:
https://forums.unrealengine.com/deve…-like-template

So what is this all about?

I noticed that in the several years vampires games declined heavily and we don’t get really good vampire games nowadays. The only thing, which was remotely related to it is Victor Vran, which I didn’t play and can’t say anything about.

However people, who actually played games like “Vampire: The Masquerade Bloodlines”, still yearn for an atmospheric, lore-strong and fun vampire game, which will catch atleast a glimpse of the past vampire games magic.

I think I know about the reason, why we have such a decline of vampires games. Vampires are not horrifying anymore. I strongly believe that fabric softener vampires are the reason of it Cough Twillight, Vampire diaries Cough.

But I think another reason is that a lot of people just don’t know, how to build such a game. That’s why I am trying to help by building a template, which mimics the way “Vampire the Masquerade Bloodlines” worked and improve on it and add new mechanics.

Don’t get me wrong: VTMB was a cool game, but it has some flawed sides like crazy physics, poorly made animations/unfinished animations, rigid world building and strange bugs.
Still, it was one of my best experiences I had.

If you want to support me, so the template and the stuff after it will get MUCH faster done, please consider checking out my Patreon, so I can do it fulltime:

Patreon is empowering a new generation of creators. Support and engage with artists and creators as they live out their passions!

So that’s enough of the backstory. Here is already the progress I made: Possible candidate for music in Bloodlines:Vampirism: I hope you find this project as exciting as me!

I will keep you updated.

Hey you vampires of the night!

It took a little bit to get this video up, because my real life couldn’t stop being mean to me :).

So, what I basicly did was some grunt work in terms of the main menu, which probably will be heavily modified, when I make the assets.
I also created the basic functionality of the character creator.

Here is the newest Devlog (Episode 2): 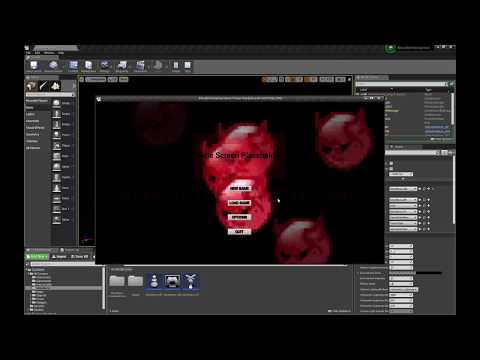