Block Builder allows you to build blocks in first person, like Minecraft.
Blocks will line up on grid based on it’s size.
With a simple command you can double/half the size to build details.
Select which type of block you want, or sample the type you look at.
You can also pre-build in editor using 4 volumes; regular, stair, pyramid, random. 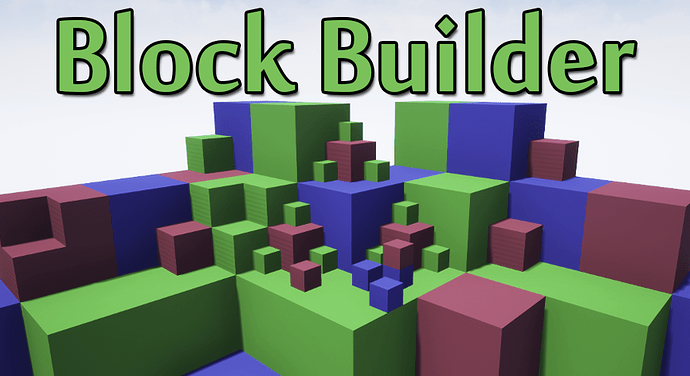 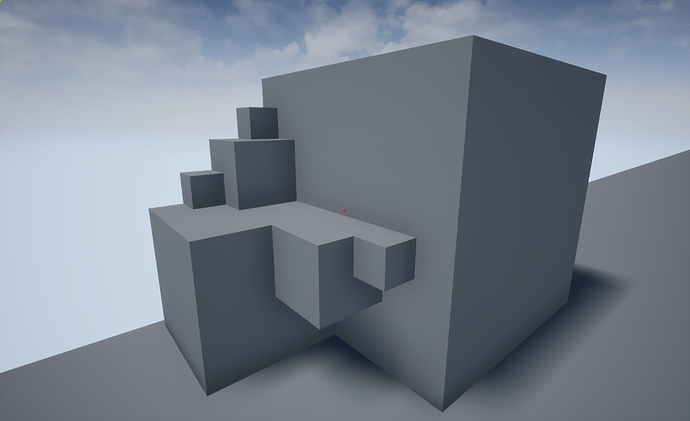 Blocks can now be built in any XYZ scale.

When building with volumes that rely on rotation, vector will be in local scale. The blocks themselves will never rotate though, this is because if you make a mesh that has a top texture, it will always be on top. 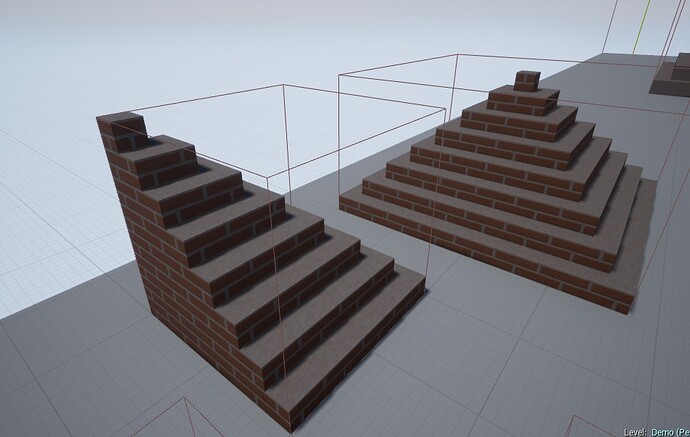 Keep in mind blocks line up depending on it’s own size. So, scales with the power of two will line up neatly next to each other. By default I’ve based scale on Unreal’s metric system, with 1 meter as a base. So, 25, 50, 100, 200cm etc works next to each other.

I’ve also added an “Align To Corner” option on the Pyramid volume, which makes it a quarter of a pyramid, or a corner stair.

Fixed some bugs for the 4.18 release:
Some volumes rounded up the block size when using decimals, now works with 0.5 and 0.25
Preview meshes: I now remove the instances, not the mesh itself. This this could cause errors in map check.

So why remove the preview meshes instead of using them?
The preview meshes creates instances in the volume blueprints. In game, they are all put in a world blueprint. So that all similar blocks, from volumes or firstperson clicks end up in the same blueprint, for best performance.

I made a Chrome build, so you can now test this in game

The mouse cursor is a bit weird until Win/chrome understands that it should be removed.

Cyber monday sale is here, and Block Builder is for sale!

The save feature is not hooked up by default, but the save/load funcion is there in the WorldBlockContainer blueprint.
It will save all instanced meshes in the world, however; if you’ve built with spawn volumes, they need to be removed or deactivated before playing again, otherwise double blocks will be created. 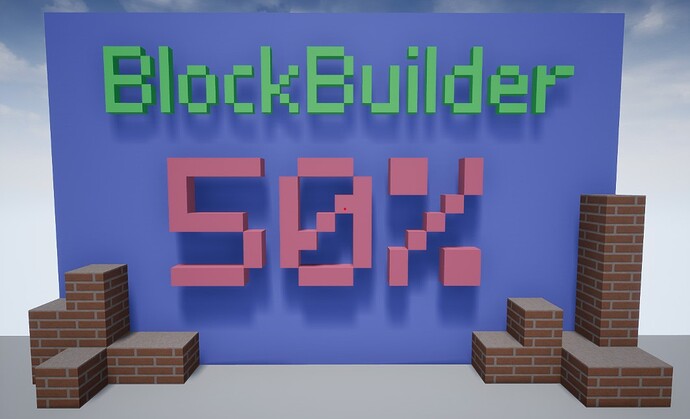 Savegame now works as it should. Just press “P” to save the whole map.

Pre-building “spawn volumes” checks each block if it’s already stored in savegame, except “random volume”, which stops altogether as soon as it finds one, this is because a new random number might be higher than the old and thus might fill the volume more each save.

Preview meshes might show double meshes in editor, but will work in-game

If you build for example a stair using “SpawnVolumeStair”, destroy it in-game and save; next time you load the map, the volume will “fix it”, unless you deactivate it or delete it

For the 4.19 update I’ve added a new feature; “Top Block”
There’s 2 different versions of it - if you want to replace the highest block, or add a mesh to it.

You can also decide if it should add the top under a block when removed or not.

Normal replicated variables didn’t quite work if several people can change them at the same time.
So, I contructed ONE variable, a string-code made from only the necessary information needed to send over network.
If 2 people try to build the same time, server only accepts one, and sends the code to everyone.

By handling the construcion this way I also re-made the save system and reduced save files by -83%.
I kept the old save/load functions in, so loading an old savegame sill works.

When a client joins he will ask the server to send the current map, and no one is allowed to build at this time.
You can test this feature anytime by; as a client pressing ctrl-B.
There’s a variable in “WorldBlockContainer_BP” called “Send Strings”, which determines how many chunks of blocks to send to a new client each time when loading a map.

Since I had to make changes to all plueprints to make this work; backup your projects and sloooowly migrate to this version.

Known issues: Previews in editor might not work automatically, because I needed to make sure clients don’t load them.
Let me know if there are any bugs

Now you can build with prefabs in-game.
Just build something in an empty map and save it. Make a prefab and add to a list using map name. 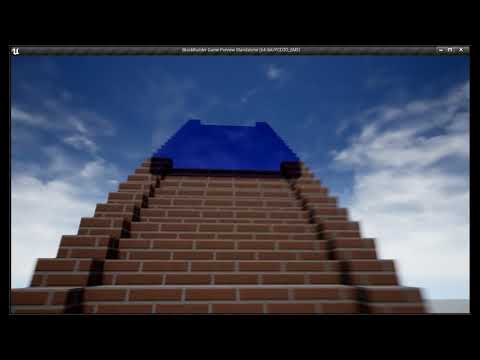