Blendspace2D: Running on the spot issue

i think you all know this issue.

I have made a Blendspace2D. Included Anims are idle,walk,run on the y-Axis called MoveSpeed.

The x-Axis stands for the Direction. All the blends between -90-90 degrees are correct.

Moreover when the character moves/strafe back the blend is bad.

Pic1 shows the anim strafe right. This is at 90° 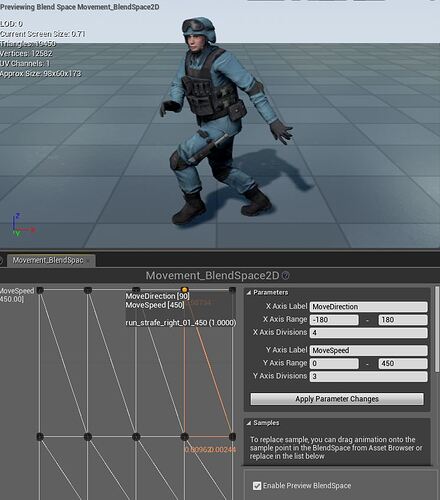 Pic2 shows the anim run back. This happens at 180° 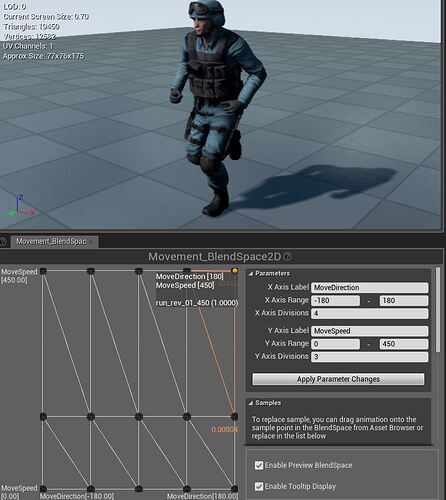 But now the blend between those anims is bad. (135°) It looks like the character is running on the spot. 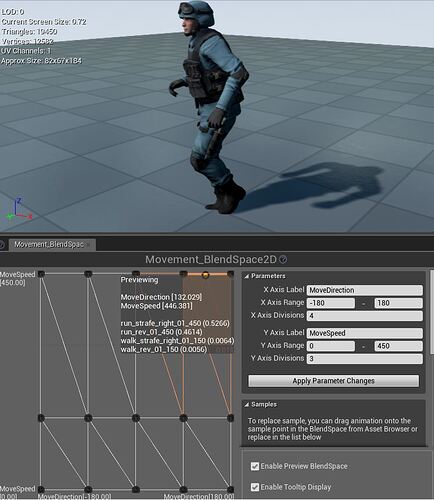 I have thought about it a long time, but i didnt find a suitable solution for this. I also checked out the anim blendspace from kubold. He solved this by using other running anims where the character is moving sidewards with his legs: 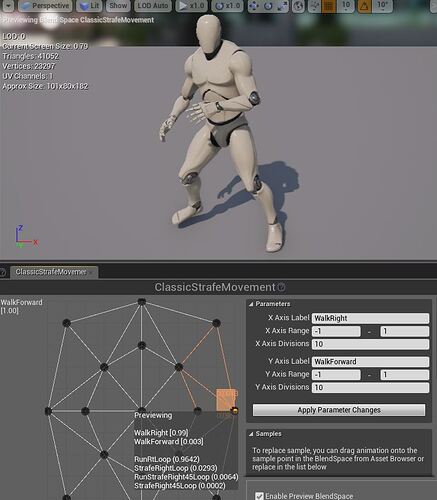 At some blend positions the legs are crossing, the movement is ok when looking at the feets.

But in this case, the running strafe anims are too slow. I want strafe anims that looks natural and have the same speed as running forward.

I also thought about using two blendspaces. one for forward moving and one for backward moving. But this case does not allow smooth blending in every movement direction.

I just wanna ask, if there are some masterminds out there who has a suitable solution for this.