So I’ve implemented a Movement Blendspace to a character in my Project, and it makes it so the character has animations for walking sideways and backwards, and blending between them, there are “two” problems with it though, one of them being that the animations seem to snap between them, and there’s not a smooth transition like I thought there would be, the other being when the character is walking backwards, when moving the mouse to the sides, the backwards animation “shifts sides”, below there’s a vídeo of these two problems being demonstrated and screenshots of how everything is set up, I’m hoping someone can help me solve at least one of these problems. 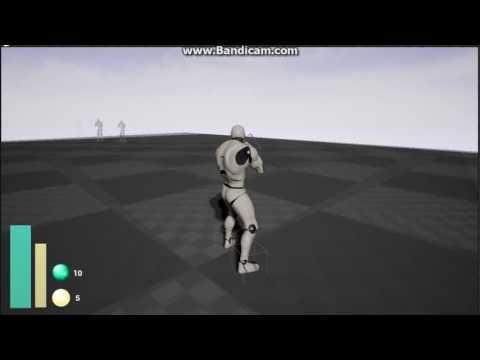 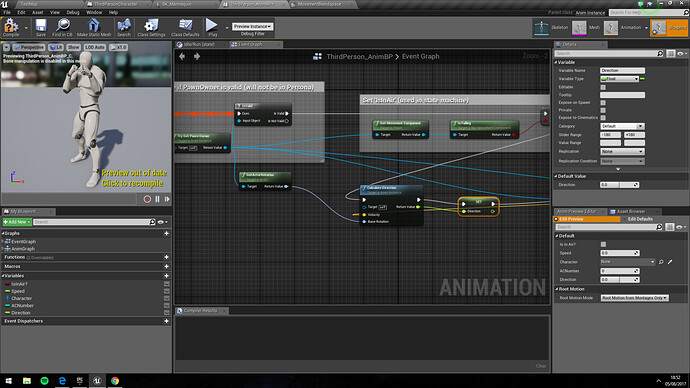 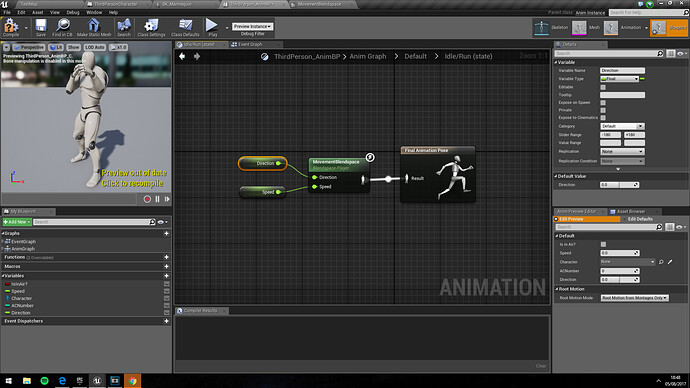 This is an issue I still have in my project. If you print the direction variable, you’ll notice that it’s constantly switching somewhere between 5 degrees and -355 degrees, which is causing the blendspace to go from one end of it to the other.

I suggest using horizontal and vertical velocity as the 2d blend parameters rather than angle and speed. Since the blend space has no awareness of angle wrapping it will cause that problem.

If you instead use horizontal and vertical velocity it will never flip.

Having this issue in my project as well. Preventing me from using left stick directional blend spaces. Has anyone found a solution for this yet?

You can fix this by setting interpolation time in the axis settings.

You can fix this by setting interpolation time in the axis settings.

Did you set the BS Horizontal Interpolation Axis to Minimum -180 and Maximum 180?