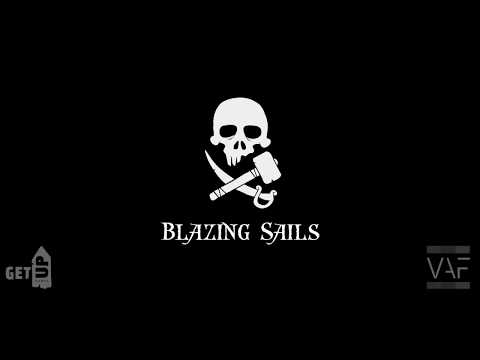 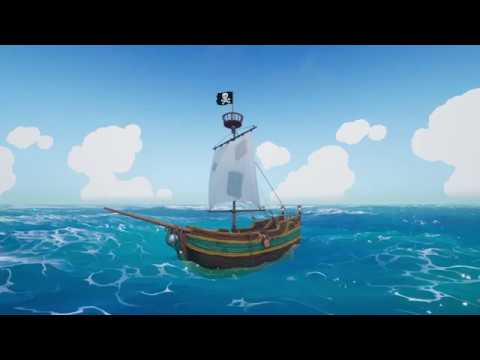 In Blazing Sails you, your ship and crew have to battle other teams on land and sea until one team survives.

As a battle hardened pirate you have to fulfill different tasks on your ship like steering the ship, deploying the sails, repairing ship damage and firing the cannons to crush your enemy’s. You’ll also be forced to go on land to gather different resources, weapons and ammo. But be careful to not abandon ship completely! If your ship goes down, your team goes down with it…

Are ye a brave sea-dog? Or arrr ye a landlubber?

If you’d like to play the game soon, give feedback and follow the development hop over to our discord group: 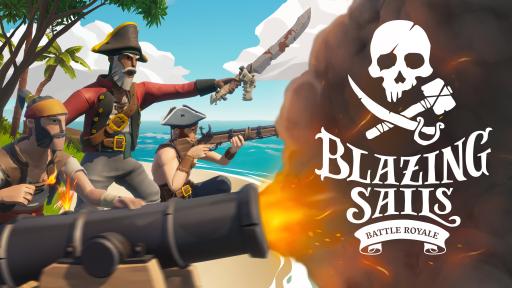 Blazing Sail is a fast-paced pirate PvP Game! Join now to: follow the development, give suggestions, and have fun! | 47,524 members Pirate (and naval) games seem to be on the rise again!

Would love to see more. And how would you differentiate from the upcoming Sea of Thieves?

Pirate (and naval) games seem to be on the rise again!

Would love to see more. And how would you differentiate from the upcoming Sea of Thieves?

Blazing Sails is completely focused on the ship combat and everything that includes and more. We want to provide players with a means to always get directly into the fight with their friends, exploring and adventure is not part of the game we are making. We also want to make the ship combat as diverse and in depth as possible. For example there will be many different maps each with their own challenges as well as many types of ships you will be able to choose from to play. The game will also include some Battle Royale elements, like the gathering of resources and possibly also upgrades and the fact that the last team standing wins the match. But more gamemodes will follow later.

One other thing we will add is a progression system that allows people to showcase their experience in the game through customisation for their character and ship by unlocking more and more awesome stuff on higher levels.

I guess you can kind of compare our game with Blackwake, but then stylized and much more arcady, or Guns of Icarus. Both these games were the inspiration for making Blazing Sails. We love these types of games, but we felt like both of them are really serious and therefor we want to make a game that captures the same kind of gameplay but is much more arcady and a bit more silly. Kind of like the way Battlefield Heroes was a more silly / casual version of Battlefield.

In Blazing Sails players will also have to perform many different tasks while aboard a ship, but there is also a skill system for the captain such as a speed boost, armor buff and weapon buff. We also have plans to add many more skills, as well as add some fantasy elements.

We both love pirate games and have played many of them, they have inspired us to make our own, we are kind of taking all the things we love about them and combining them into something new.

We hope people will like what we are doing and enjoy the game we creating.

I want to show a small gif of something I’m working on right now. It’s a storm map with large waves and weather effects. Hope you like!

*removed the gif for thread performance, please check the OP to see it

Looks awesome! It might be a little early to ask, but let me know if you need any voice overs!

*removed the gif for thread performance, please check the OP to see it

This looks sweet. Definitely interested in seeing how this goes.

If you want to be on the front row to play and get more information on our progress remember that you can always join our discord group.

Here is the link: Blazing Sails

Hope to see you there!

Also, between 21 and 26 November we will be releasing a massive update. This version will include 2 maps, 2 ship types and MANY new features.

Loving the project! How in world did you make those particles spawn when the boat tip hits the ocean? Looks so amazing.

Loving the project! How in world did you make those particles spawn when the boat tip hits the ocean? Looks so amazing.

It’s basically a component which is part of the ship which checks on tick with the wave calculations if it’s submerged or not, if it is it spawns a particle. A maximum of 1 particle every 1 or 2 seconds can be spawned while the component (bow) is submerged. The size is semi-randomized but also based on how hard the boat hits the ocean (how fast the distance between the bow component and the ocean beneath it changes basically).

Is that the ocean project?

Is that the ocean project?

No the material part of the shader is completely our own and made from scratch. The bouyancy system and gertschner waves are from a marketplace plugin called Physical Water Surface, created by Theo koles.

As a sidenote, here is some gameplay footage from our previous prototype. This is purely the combat, not much else. But the game will of course feature much more than this. But before we reveal what that extra stuff will be, we have to make a little bit more progress with our current and new prototype. We care a lot about the gameplay and want to iterate as much as possible on it to make it feel great.

All we can say in advance is the extra content will be nothing like Sea of Thieves, in case many are wondering. We have something very different and (in our own opinion) really awesome in store. But more on that later! 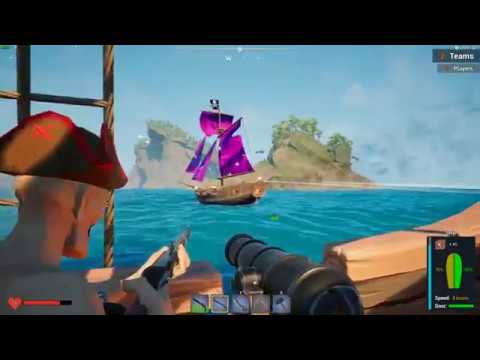 Really cool looking game. I know it’s a little late, but I’m wondering how it’s coming along. I seen one of your questions on the forums and saw your banner at the bottom and something drew me to looking it up. I think this game shows a lot of promise once polished and fully fleshes out. Maybe you can succeed where Sea of Thieves disappointed. Keep it up

[USER=“44061”]Gracious Goat[/USER] Hey thanks! We are still very much working on Blazing Sails. But we haven’t updates our news channels and this thread in a while. We will however soon unveil what we’ve been working on the last few months. It’s basically a redesign of the game in terms of gameplay and graphics.

We have received funding with which we can continue our development full time so in about a month or so we will also look into setting up a system to keep our news channels updated more frequently.

Keep a weather eye on the horizon!

Also remember that you can join our discord where we post our news first and you can talk to our community which is now 60 strong. They as well as we ourselves will always try to answer any questions you have as fast as we can.

discord invite link: Blazing Sails (You can share this with your friends)

Great work! I really like the stylized look of the overall game so far.

You done almost as good as what Sea Of Thieves done in many years, great work.
To get it success you will need content and variety