I hope you can help me with this.

I dont know why those walls on the screenshot are black.

In the first attempt i created 1 object for all the walls.

In the second attempt i separated them into small walls guessing was something with the lightmap resolution.

3rd attempt i tried to add a new light. Nothing happens.

I will really appreciate your help!! 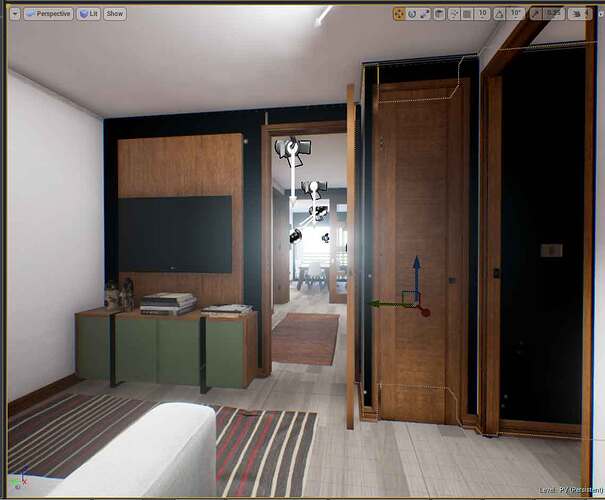 Make sure your lightmap is set up properly. Default lightmap resolution will be too low for something like that. Also, UE4 is set by default to generate new lightmap UV’s, so if you have lightmap UV’s already then make sure to disable that option on import, you can also change which UV channel is set for lightmaps by opening the static mesh. Normally your first channel is for your material and the second channel is for lightmaps.

Thanks Darth. I already tried changed the lightmap to 1. The problems is still there. I patch it using an skylight trying to match others walls temperature.

But it would be good to see the real problem there.