Greetings1 I’ve been working in the Car Configurator lately and have been importing some meshes for use in the configurator. My issue has been these black spots on the mesh which appear only when applying a material from the Automotive Materials pack in the Unreal Marketplace. I’ve attached a screenshot of the issue when a material from the Automotive Material pack is applied. I’ve tested a material built into UE4, and the issue is not present.

Troubleshooting includes face/vertex normal realignment/conformation in Maya, smoothing groups on/off during export, using Unreal’s normal creation and built-in during import, exporting an FBX and an OBJ (with and without smoothing groups). For some reason, the black spots seem to correspond with groups of faces on the surface, despite fixing the normals.

Does anyone have any idea regarding this issue? 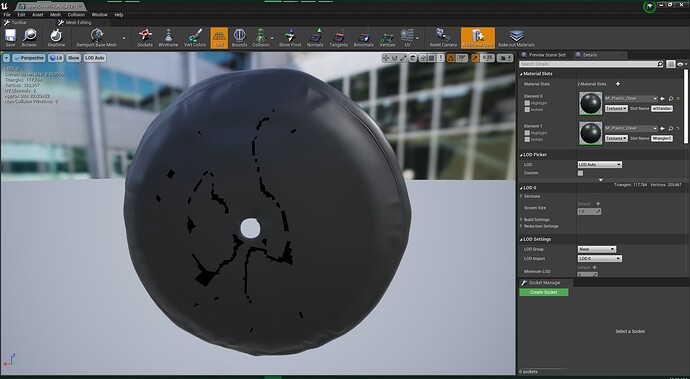