Hey! Me (Artis Silins) and my friend Mantas Karciauskas did our BA 3D Animation And Games Design graduation project in university called “Biodome 3.0” in Unreal Engine. You guys have been a inspiration source and help in this community with tutorials and answers to problems. Here are some images of our VR friendly interactive environment level. Please tell us what you think! As well as we decided to continue working on it and pursue it as a ongoing project and we recently teamed up with 2 more c++ programmers.

Thanks again for putting all that information out there! 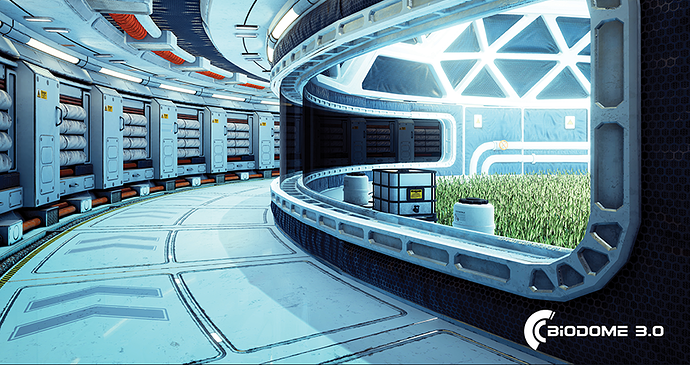 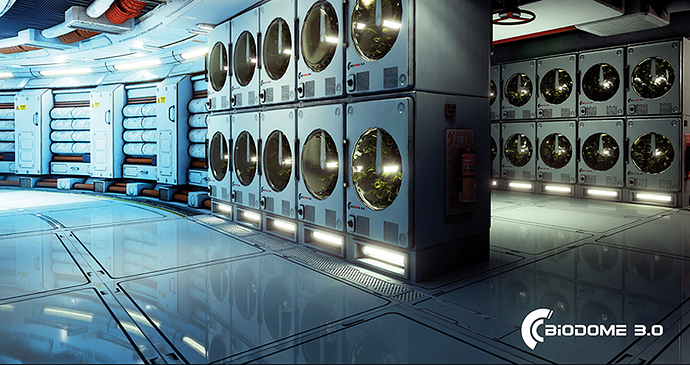 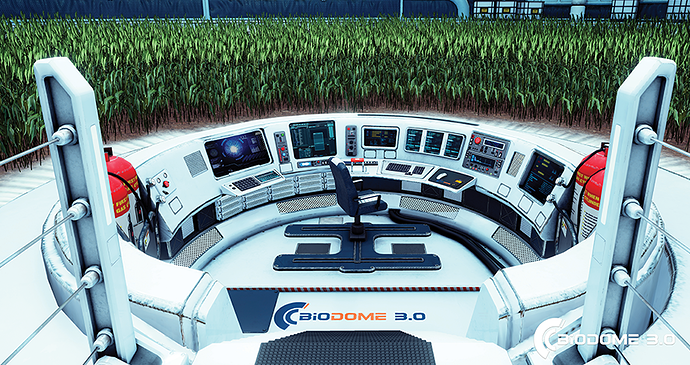 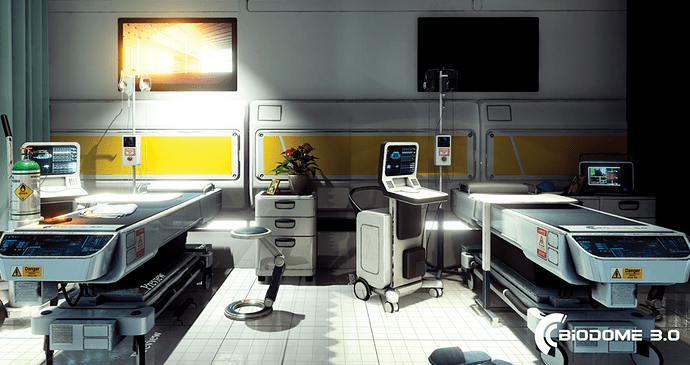 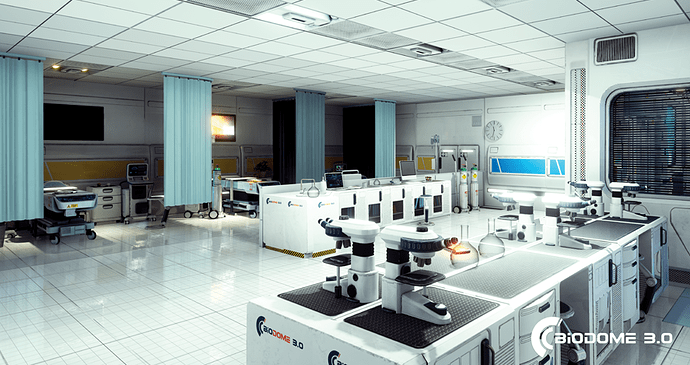 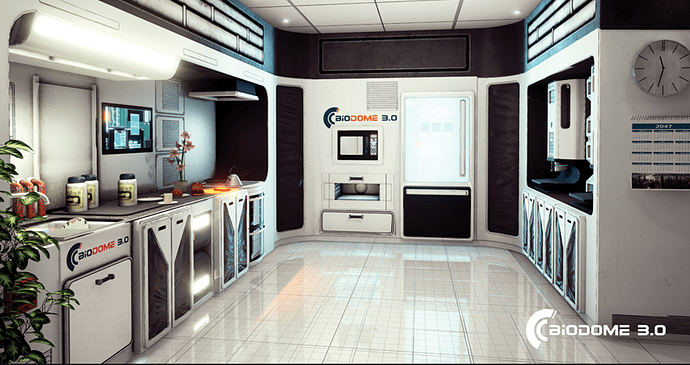 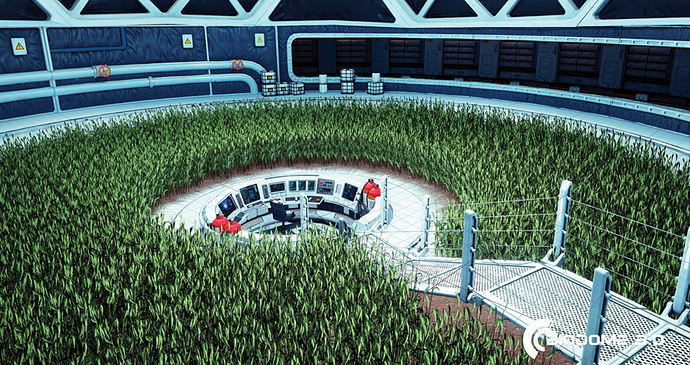 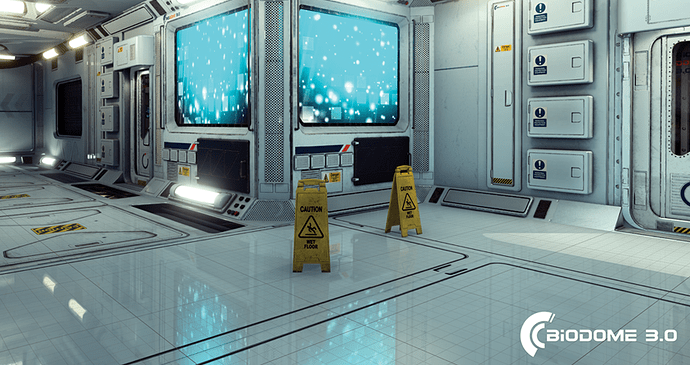 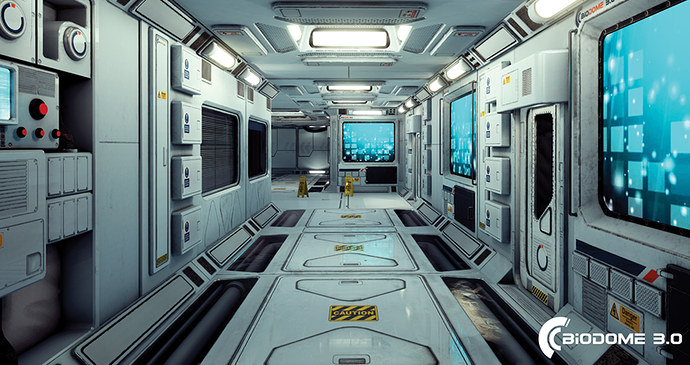 If you have any questions feel free to ask!

This looks great. I love how the floor reflects a little bit! Tips?

nice, reminds me of the film biodome :), ever watch it?

Ramp up the roughness a bit for the material in substance painter / or analog software to make it more reflective with your maps.
If you want to preserve performance do not forget to place reflective spheres withing the level and then build lighting.

Thank you for the kind words. 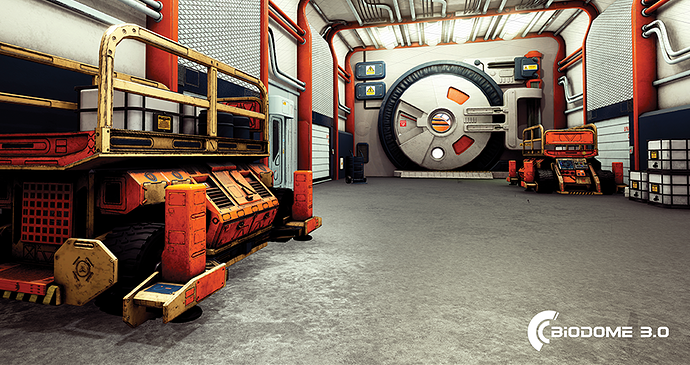 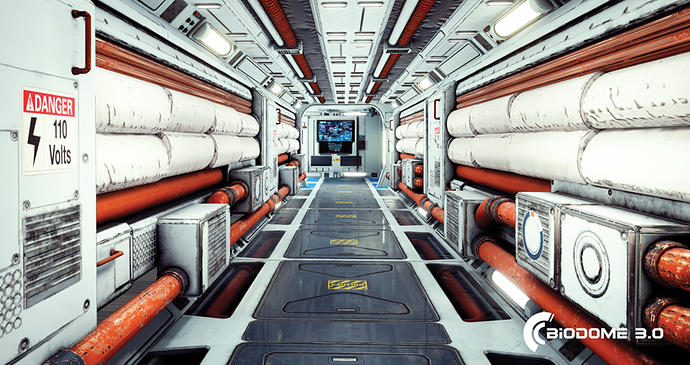 Very atmospheric! Is this going to be VR only?

Very atmospheric! Is this going to be VR only?

Thanks! No we did VR as an option alas it does not follow the usually railed VR experiences out there. It still controls an regular FPS so some people tend to get nausea a little bit - we had around 40 people try it in the degree show.
Works 90+ fps on 970 gtx with Occulus dk2. We did tests with Vive as well - it did fine with titan 90-100fps since Vive is more needy.

Any details on gameplay?

Any details on gameplay?

We did what we could over the course of 16 weeks. We are currently fleshing out a GDD. Since we met 2 c++ programmers a couple of days ago. The idea is based around narrative driven concept with resource management, and a procedural generated map outside the Biodome.

“The surface of the earth was covered with a thick carpet of fine sand, a global desert. The more intelligent species of earth, the Homo sapiens sought survival beneath the surface away from the deadly temperatures that had threatened them viciously. They were forced to migrate underground. These temperatures were like a lethal army that had formed through the recklessness of man, and something we so often heard about but never really listened to. Global warming was the birth mother to this scorching army. Only allowing to emerge above ground during few hours a night to work on how to restore the earths atmosphere.”*

Segment from our story, for now.

After seeing these pictures I was like… “I want to be a scientist, doing some evil experiments, breeding an evil virus and stuff :3”. Beautiful science vibes you got there <3.

After seeing these pictures I was like… “I want to be a scientist, doing some evil experiments, breeding an evil virus and stuff :3”. Beautiful science vibes you got there <3.

congrats for being in the pic of the day @ArtisS!!

congrats for being in the pic of the day @AartisS!!

This is really cool! Would you guys be doing a breakdown?

This is really cool! Would you guys be doing a breakdown?

I dont see why not if people show interest and it helps the community.

I think it would indeed! It’s already an amazing looking project as it is.