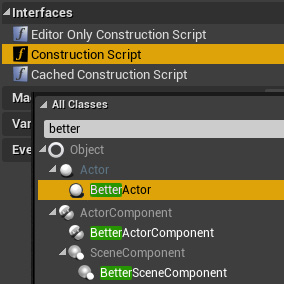 I’ve just released a plugin on the Marketplace, which provides new construction script options for Actors and Actor Components.

While optimizing one of my past productions we were surprised to find that the construction scripts that we were using for editor setup of placed actors was creating huge frame-1 spikes in the packaged game, even though they weren’t running in-game when launched through the editor. This plugin came out of our need for a construction script that acts the same in a packaged build as it did in editor.

Hopefully you find this useful!

Link To Marketplace
Link To Github