Hi, I’d like to create a realistic ballistic system for my first person shooter, not 100% real life simulation, just some simple penetration and velocity sim.

So far I have my weapon base with a few weapons. I can’t decide between using “projectiles” or “Predict Projectile Path By TraceChannel” (virtual projectiles). Projectiles simulate bullet drop already, not sure if the second option does. 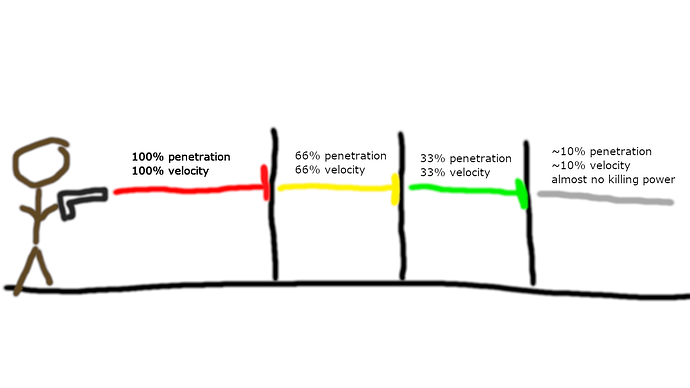 If anyone has any suggestions/input that would help me out a lot. Thanks! I hope I explained what I’m trying to do clearly.

There are many ways to do this, but here are two possible methods:

Another method is to use a multi-line trace. The line trace will return an array of hit objects. You can then loop through in order and pretty much do the same thing we did for the projectile. This will then tell you the last thing it hit and you can ignore any hits in your array that go beyond where the value on the projectile was equal to or greater than 1. I followed video steps in making the Compute Exit Location function, but it isn’t working. My bullets are just disappearing after they hit something!! لیزر موهای زائد