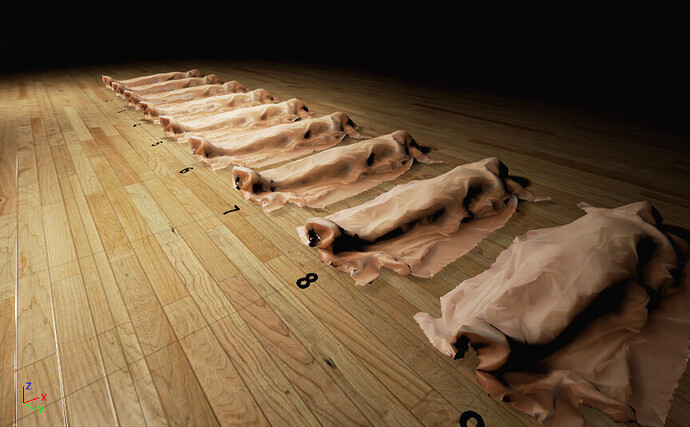 Here’s My approach which failed :
I created Instanced Static Mesh , but It drops FPS when I load more than 60 bodies . I’ve added LOD to it’s mesh but it’s pointless when Instancing the mesh cuz UE4 won’t Load LODs for Instanced Meshes .
Lights and Meshes Are Moveable , I’ve tested with static but no change in Framerate .

Is there any method to Generate these bodies in large Numbers without loosing performance ?!

Thanks for your ideas ,
I have to mention that It’s going to generate bodies based on what User enters at the beginning of the Game , So I guess I can’t use static meshes or build lights .
I’ll try other tips though .

I don’t understand why instances don’t handle LODs properly. Right now I am doing something similiar and getting far better performance from NOT using instances, because they use proper LODs.