Behaviour Tree, how to execute a task only once

I am working on my Boss BT and I want to execute a task when he is gets lower than 50% hp but only once.

Is there any decorator or something else to do this?
Thanks!

The most obvious method is to use a trigger.

If you want to implement via trigger

If you are using timers 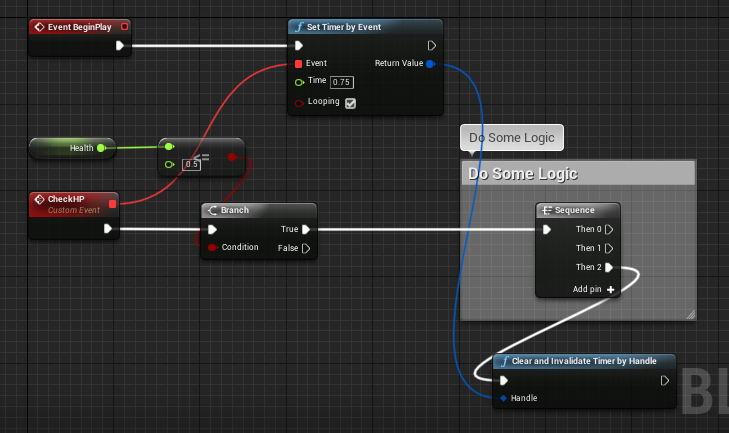 The most obvious method is to use a trigger.

This can work in normal gameplay BP. But it doesn’t work for a behaviour tree task BP.

So far I think to make a specific task run once is to use a selector compositor and then add decorators to that one-time task. One decorator example would be to check if health is above 50% (which blocks the task if it’s true). Then add a Blackboard boolean key (Done 50% HP task?) that is set once task is performed once and another decorator to check that blackboard key. If it’s true (task has been done before) then it will block the flow to that from playing it after it played once already.