Hi everyone, long story short, i’ve tried this tutorial in ue4 with paper characters and nothing wrong, after i’ve tried it in my project on UE5 and doesn’t work seems that it can’t store the “PatrolLocation” variable in the blackboard as you can see during play says invalid and i’ve make it post the variable during play and return an empty string but if i print it directly from the task at “GetRandomReachablePointRadius” it post correctly.
I’m sure it’s my fault but i don’t find where i get wrong…
Here some evidence of my sad test: 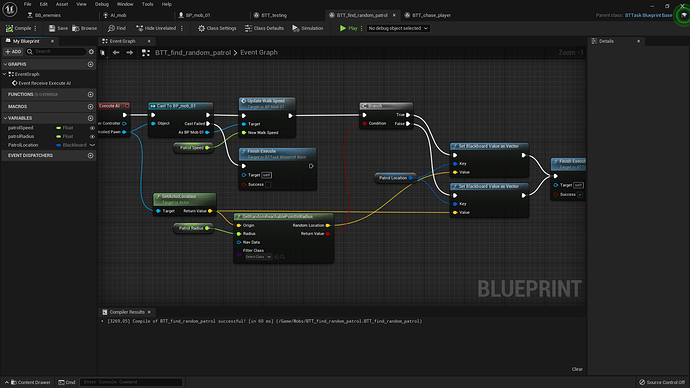 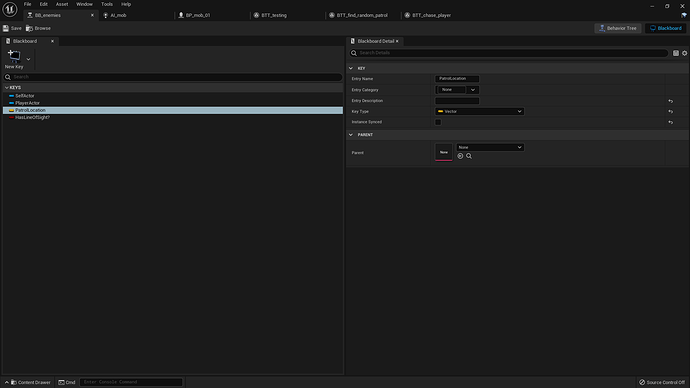 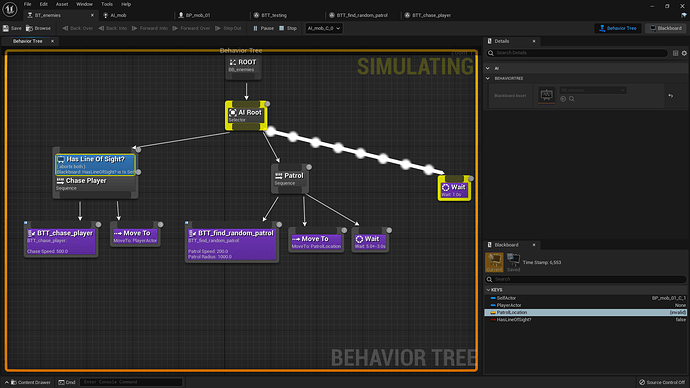 Thank you, now the first mistake was found… i just need to find the one that make this stupid monster walk -.-
when i tried to move it with ai, before discovering the behavior tree, i noticed that if in ai move to was active the path finding did not move, there is a similar option in the move to of the behavior tree or there is any other problem? The strange thing is that with the UE4 it worked perfectly …

EDIT: i’ve tried to unlink the chase player and wait node from AI root and it find new locations get line of sight and player actor but won’t move…

If you keep the Behavior Tree open while your project runs, does the “Move To” task actually execute? If it does, and the AI won’t move, then you should check your Nav Mesh Bounds Volume.

Until this morning nav mesh was ok and the “move to” and “patrol” task were both flickering but the character won’t move… then after closing and reopening the engine, it works fine for no reason… So anyway thank you for your time, i hope to never update this thread again XD