[Beginner Question] How to set Best Score in an endless runner?

Good day,
I’ve made an endless runner game, and I added a function that adds one to the Points variable every time a button is pressed. But I also want to keep track of the BestScore variable, however every time the level restarts (character dies and starts the level all over again with Points=0) BestScore also resets to 0. FYI both AddPoints and BestScore functions are in a Game Mode that is used. Do you have any idea how to permanently save the BestScore variable?
Thanks in advance!

You are restarting your level every time? You need a Save Game.

You have to use SaveGame bp to store your best score

look at my memory game or infinite 2d runner templates

Basics of Save Game 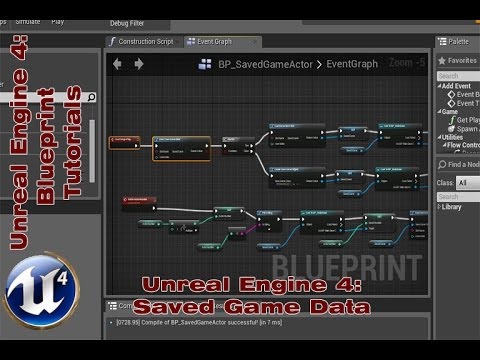 Thank you both for the responses, they both helped a lot. However, I have another question. I made a Widget Blueprint which should appear when a certain collision box is overlapped but it won’t become visible. Do you have any idea why it won’t work? Blueprint screenshots are in the attachment.
Thanks in advance and sorry to keep bothering you, but I really need help 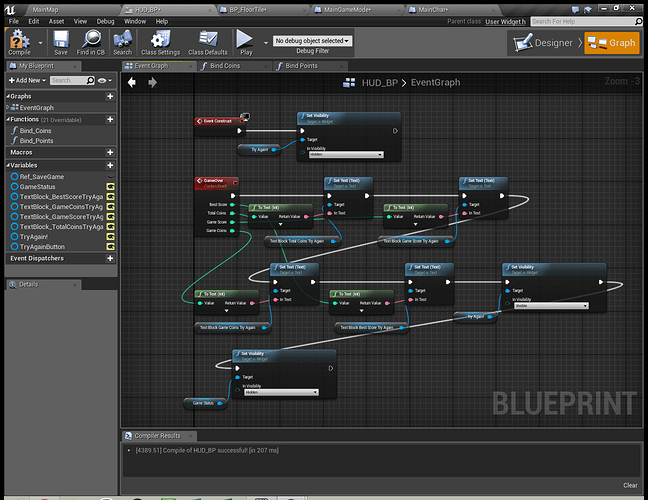 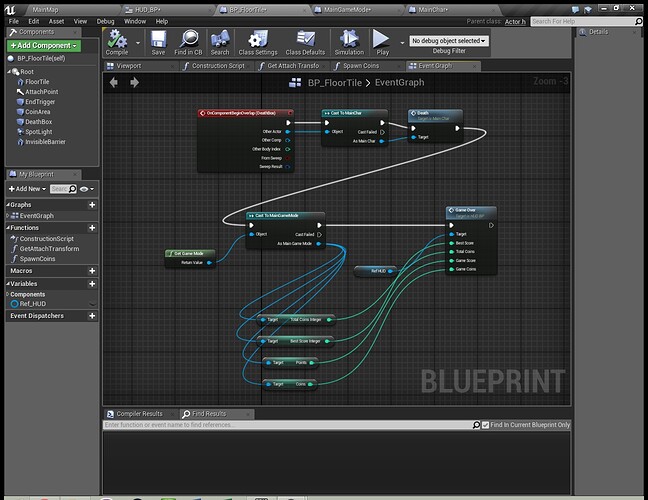