Hey guys! Long time lurker, this is my first post on the forums and i’m stoked to finally break the seal!

I wanted to show you Shape of the World, an exploration game I’ve been building for a year. I’ve been blogging screenshots and concepts and only just released the first teaser trailer: 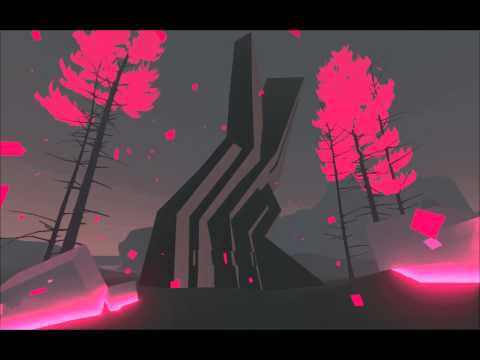 By day, I’m an FX artist at Black Tusk Studios making explosions and gore. By night, I make nature grow. In this game, nature grows around the player as they explore, going from spot to spot erecting permanent landmarks.

It started with some concept art. I was taking bike rides through Stanley Park in Vancouver, Canada and making regular trips around the West Coast. 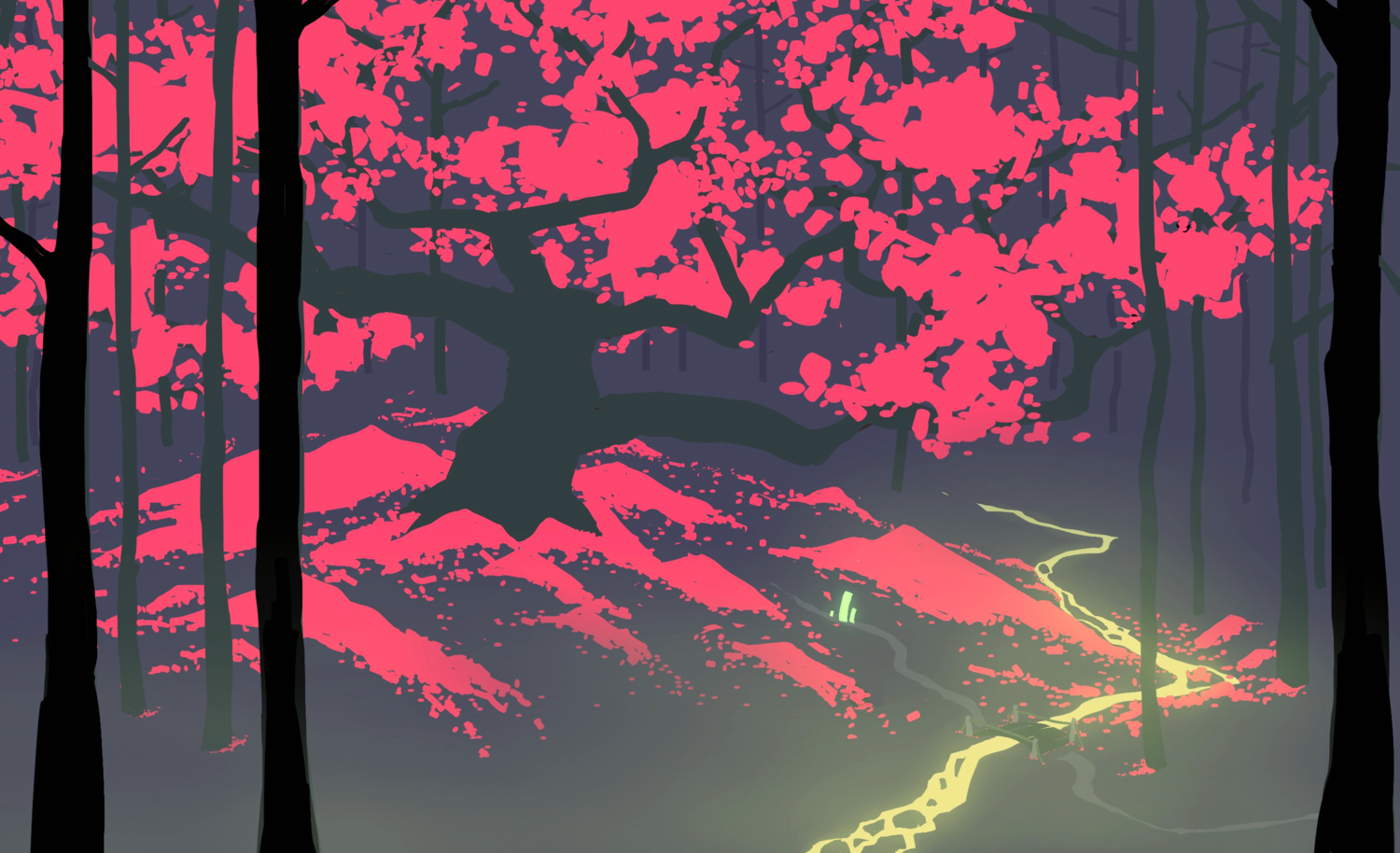 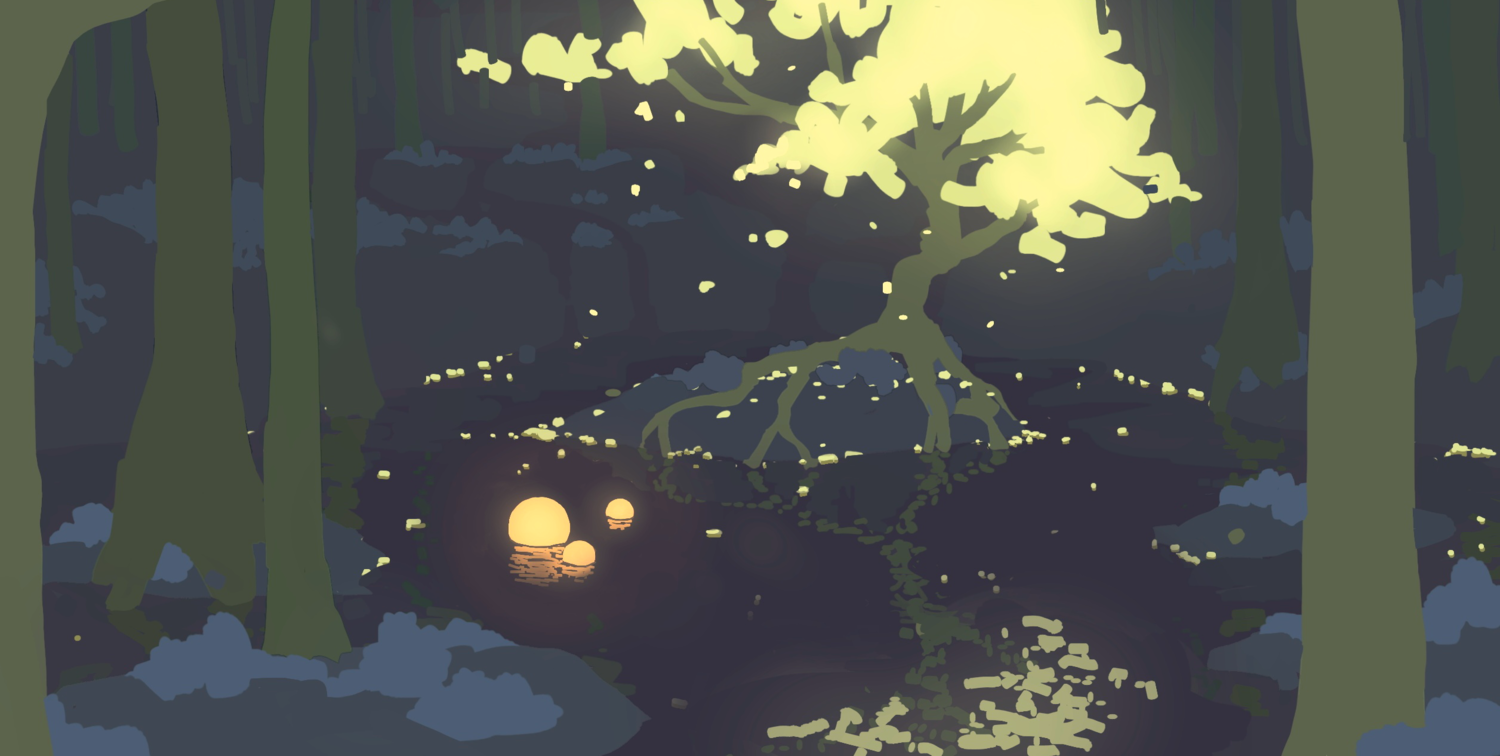 And progressed to this in Unreal: 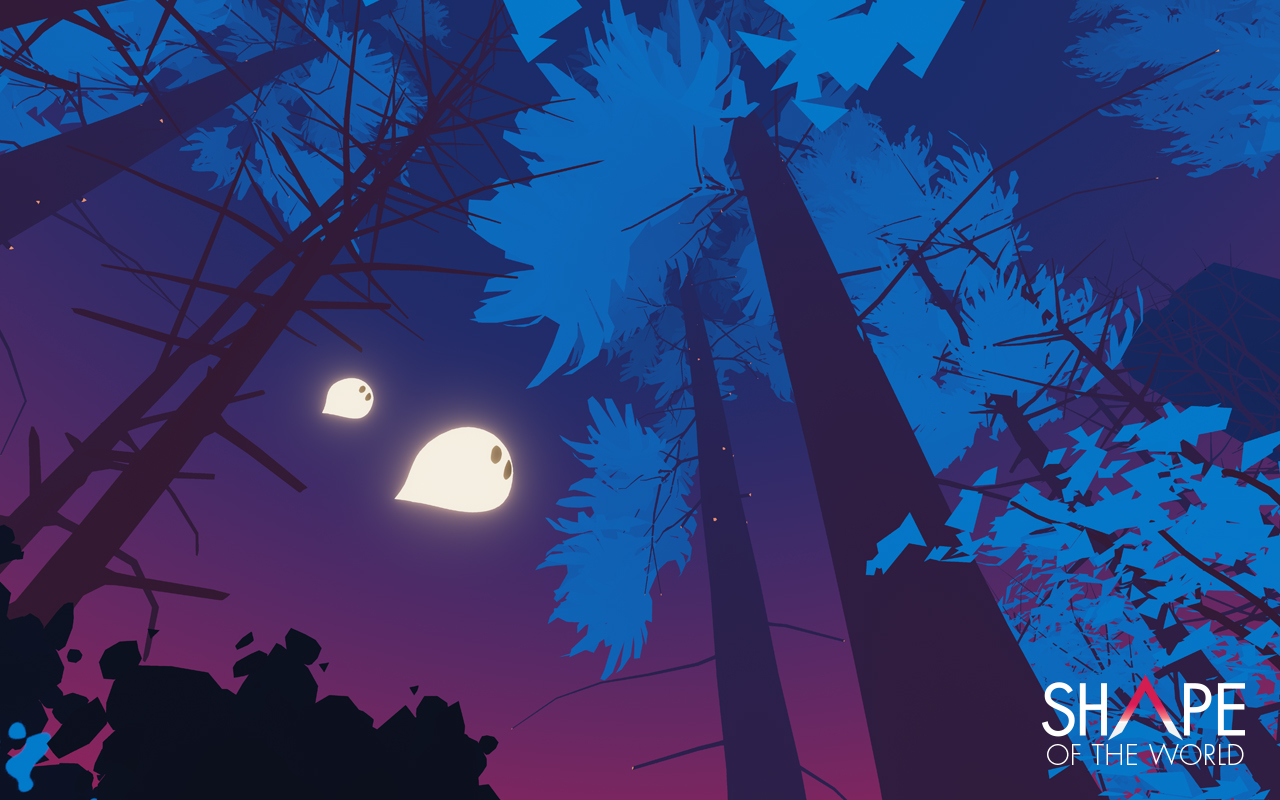 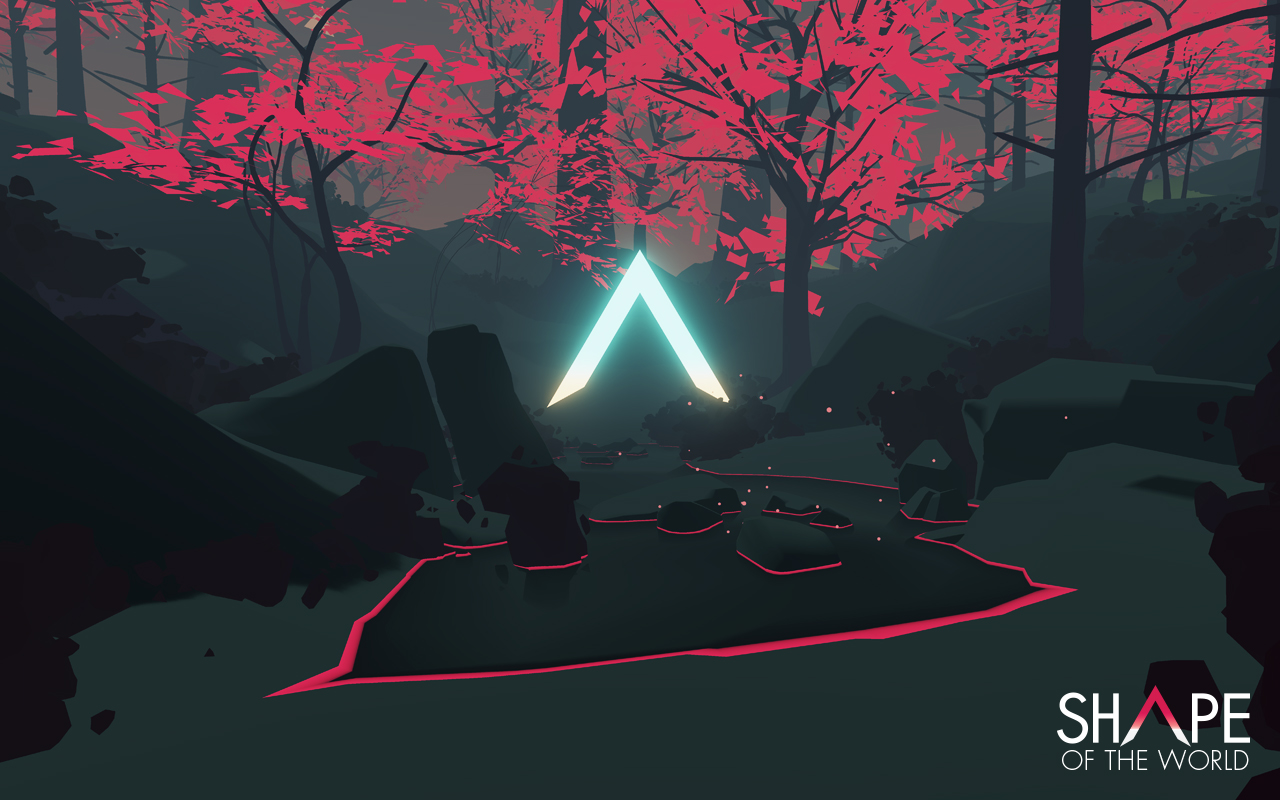 Let me lay out what’s going on under the hood. it starts with a hand-sculpted Landscape onto which sit additional meshes for rocks, and i have spline blueprints carving paths and streams across the world. All the trees and bushes are spawned procedurally in front of the player, using a sequence of “recipes” I structured in an array of custom structs. There is no custom code, only a ton of Blueprints. (I’d love to know what you think about that. I think it’s pretty **** cool - I’m an FX artist but magically I can teach myself scripting and make an entire game. On the other hand, I’ve got a smaller budget on the CPU, I believe.)

There are recipes for the color palettes and atmosphere, which are progressed through in sequence with each major game event. All of the materials are unlit and unfogged, with fog controlled on a per-material basis, though the fog can be tuned globally for each weather condition. I use Material Collection Parameters for everything. The materials have a custom, very tunable displacement setup, where I can lerp between each tree’s hidden and visible states, causing them to grow and shrink. Bushes are simply particle systems.

At this point in development, which I think is about half way, I’ve got the game running and playable as a public demo, and it was demoed at IndieCade East. I couldn’t be there, as I’m a new father of a 3 week old, and I relied on tweets and emails to confirm that it was running well all weekend. It was a little tense but I’m stoked it got played.

Going forward, I’m introducing the work of my friend Athomas Goldberg who has been making boid-style creatures who can fly among the trees. Interestingly, he contributed his code as a plugin, so hopefully we’ll be able to share it on the Marketplace. You’ll also hear more of Brent Silk’s great music and SFX work. I’ll be incorporating their work into the game and building as much content as I can.

I’m going to start posting a bit more here now that I’ve broken the seal. I hope some of you are like me and like to fight back against the photorealism a little, which is getting a touch excessive in the AAA space, I feel. Go back to those roots of art and design - color, silhouette, line, value, contrast and affinity and all that jazz, and you can start making emotionally moving images without even one texture. And when you’re doing the game in your spare time, MAN it helps to have a style that lets you make content quickly!

Shape of the World Blog
@shapeoftheworld

I cannot really comment on the gameplay from what you show in the teaser but it is sure as hell beautyful.

That looks amazing!
If the pictures wasn’t impressive enough, the video is insane. Good job!
Would buy this in a heartbeat.

yah this looks grate, you have picked the exact contrast for the colours you must of spent hours looking at the colour wheel

Beautiful work! I’m a huge fan of exploration games and Shape of the World looks like something that’s right up my alley. I really like the visual fidelity and how you use your strengths as an FX Artist to truly put together a very active and compelling world. The color recipes work great together. I’ll be looking forward to this

I am so in love with this. The colours harmonize so perfectly and I really like how the world builds up around you, especially the tree growing looks super awesome.

Incredibly pretty, and looks amazing in motion. I’ve seen some shots and the trailer being circulated lately but didn’t realize it was built in UE4.

Nice to hear your thoughts on the art style too, I think so much more can be done pushing the boundaries of visuals than simply trying to muscle our way to the other side of the uncanny valley with ever higher res textures and higher detail polygons. And of course there’s the bonus that it takes considerably fewer man-hours to build out a game with simple models and few/no textures

Incredibly pretty, and looks amazing in motion. I’ve seen some shots and the trailer being circulated lately but didn’t realize it was built in UE4.

Nice to hear your thoughts on the art style too, I think so much more can be done pushing the boundaries of visuals than simply trying to muscle our way to the other side of the uncanny valley with ever higher res textures and higher detail polygons. And of course there’s the bonus that it takes considerably fewer man-hours to build out a game with simple models and few/no textures

This is looking great! Keep it up!

Holy **** man, this is awesome. I just stumbled on this thread and I’m glad I did. This looks really amazing.

It gives me the vibes of classic oriental style games with all the toon like coloration and visual geometric shapes it just comes to get as very soothing and fun, good work.