Thank you for checking out the game, we’ve been hard at work on creating a fun multiplayer last man standing shooter with special abilities. I’ve been working with Unreal for a few years now and I just love the tool.
If you have any questions or comments, please post them here.

We are currently on steam greenlight and kickstarter, if you could support us, that would mean the world to us:

Sequencer:
I was able to make the announcement trailer for our game using the new sequencer tool that came with Unreal Engine 4.12. It’s definitely an amazing tool of which i’ve only scratched the surface.
Hopefully I get to do more with it in the future! 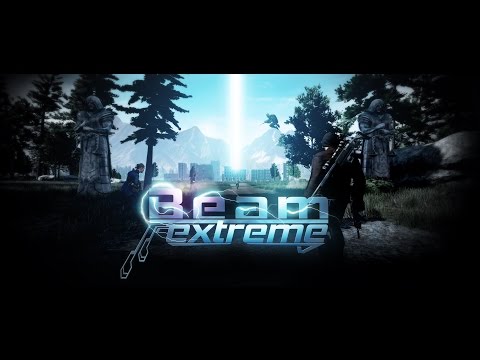 **Demo:
If you are wondering how the game will feel and play, check out the demo below.
If you would like to test the game with other people as well, make sure to keep an eye on the play-session planned for thursday: https://www.facebook.com/events/597567647084423/ **
http://imgur.com/Vi7R76e.png

Beam Extreme is an intense, last man standing shooter, featuring insane special abilities, an arsenal of powerful weapons and the option to play from both a third or first person perspective. The current design of Beam Extreme will allow for 32 players to face off in frantic, massive battles in outdoor, arena style maps. Beam Extreme will test one’s ability to make clever use of the game’s unique abilities and weapons, as well as to take advantage of diverse and dynamic level design in order to be the last man standing.

**Playing the game **
**Lobby map: **
When joining a server you are transported to a lobby map. Here you will have the chance to kill other players in a casual and chaotic death-match style meta-game, allowing for respawns so you can adequately prepare for the main last man standing mode. In the lobby map you will find many of the special abilities and weapons generously scattered around the map, and you will be able experiment with different ability and weapon combinations before moving onto the main game mode. If 32 players join into the lobby, they are transported to the last man standing map.

**Last man standing **
When spawning in the map you will find yourself in a circle with seven other contestants with high end loot at the center. This happens on 4 places on the map. You can choose to go for this loot or run off and look for supplies in the surrounding area.

After a few minutes, smoke will close in on the center of the map and you will be forced to make your way there. You will have to scavenge for weapons and abilities and then make sure to use them properly in combat. If you want to have a chance at winning.

If you manage to out-live and kill your opponents, you will be the last man standing!

We hope you like our idea for the game and we hope you are as enthusiastic as we are!
Please vote yes and make sure to follow development!
Also check out the Kickstarter page, even if you don’t want to support us, there is a lot more information on the game over there!