Hey
Im trying to figure out how I can utilize the player’s input from mouse to move an actor.
The actors is spawned on the server and replicates to all clients correctly.

In my first attempt I was able to get it working for just the server but none of the clients by feeding mouse inputs in on the actor itself.
By working I mean being able to rotate and move the actors via mouse.

I then moved all the mouse inputs onto the player character and tried firing my update events from there but then nobody was able to move including my actual character.
I’m assuming If my player controller has inputs for mouse movement then it takes priority over my actual character which makes this setup completely useless.

How can I make this work the simplest way?

Here is my player controller BP where I get the player mouse inputs.
to the left is just the spawning of the actor and setting the ThisPlayersMapCamera variable into the actor that was spawned. 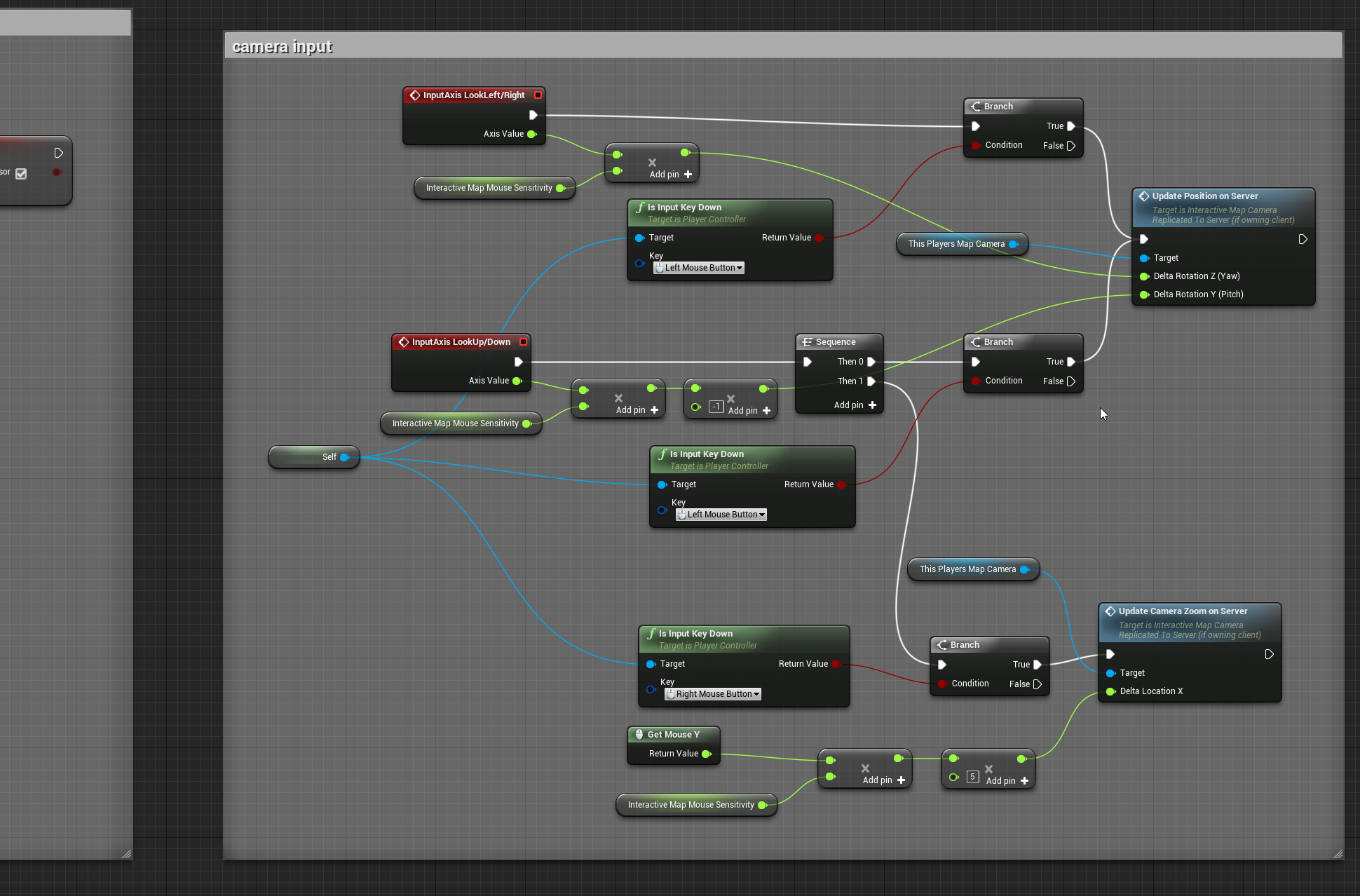 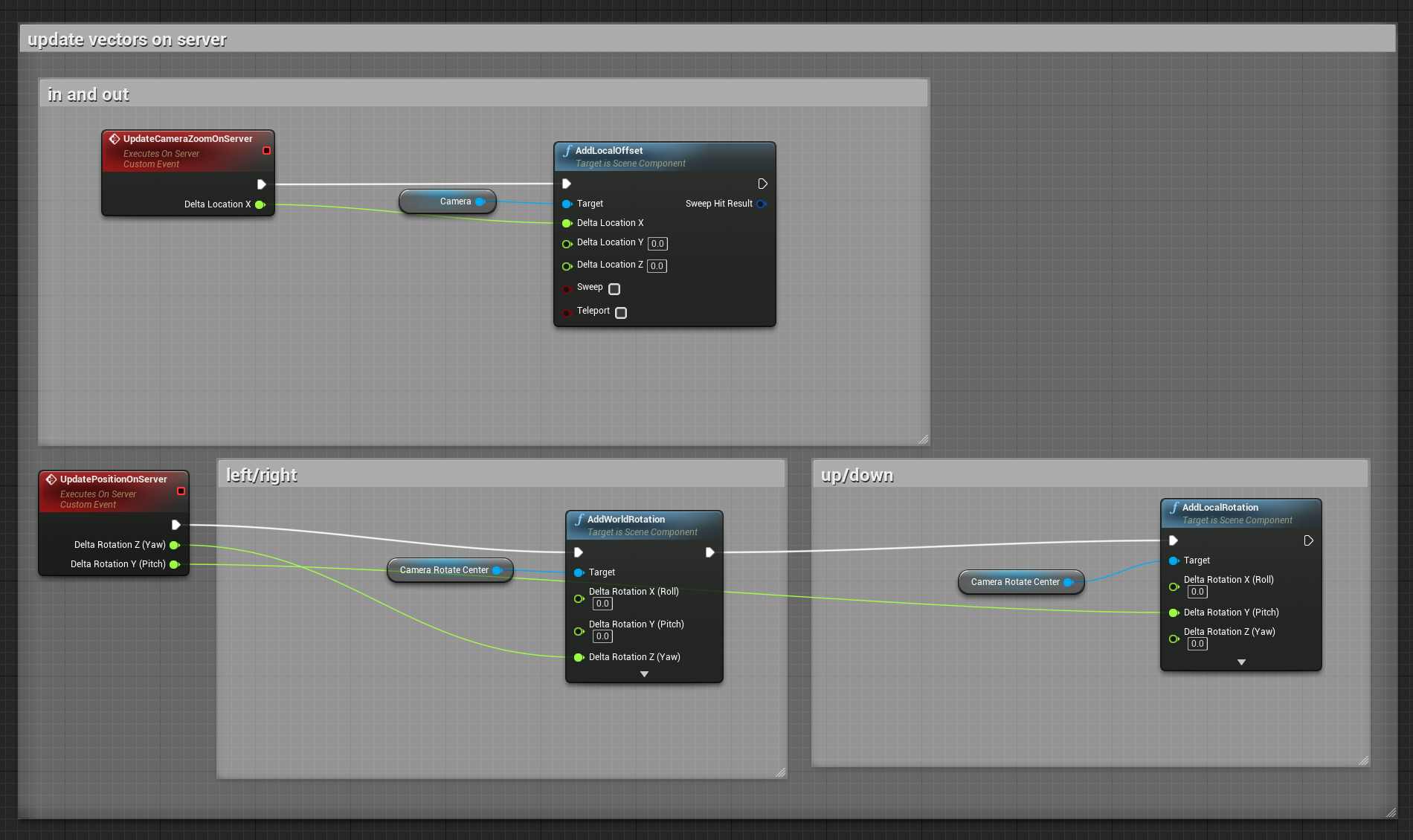 I think the normal procedure for replicating movement on a server is to make a dummy AI that takes in the clients positions and changes them on the server? The problem is I didn’t want to un-possess my player character just to control another pawn.

This actor really has no game play purpose other than showing other client’s its position visually.