I’ve been slaving away at this for roughly a month now (with almost constant days where I work up to 7 hours on it). I’m not the world’s greatest 3D modeler–although I’m getting pretty decent I suppose for only seriously doing it roughly a year and half. I use primarily Blender, which believe or not is actually really good…like very comparable to Max and Maya. Never used Unreal 4 up until last month. ANYWHO–Anyone who’s played Banjo Tooie a lot as a kid will probably be able to appreciate this. It’s the area right before entering WitchyWorld. I always really enjoyed it for some reason, and felt this need to just do a remake of it. I feel I’m only about half way done, as there is so much more I want to do with it. With all this being said, I hope you guys like it!

First screen here shows basically everything–Flume of Doom off on the right, little sandy area near it, ticket booth in the back (which actually originally was inside of WitchyWorld), trees, so on.
http://i.imgur.com/DVjeSdi.jpg

The Flume of Doom, which originally never had that large hole in the bottom right of it. That’s going to be an area itself.
http://i.imgur.com/JJvtwvA.jpg

I’ve barely touched this area–I finished a base model of that water pump today. There’s gonna be a bunch of pipes everywhere. Since the Flume of Doom is obviously an acutely distressing water ride, I imagine it needs a pretty mean pumping system.
http://i.imgur.com/2N8i3kl.jpg

This area has also not seen much love since I finished modeling that cliff–I’m terrible at organic modeling, like rocks and trees.
http://i.imgur.com/1WqFLtX.jpg

Closeup of gate area, which you can see is my favorite area considering it’s the most touched part of the map.
http://i.imgur.com/W6tw1BL.jpg

Another view near the ticket booth.
http://i.imgur.com/ksdban4.jpg

I know there’s some hardcore fan out there who is going to enjoy that advertisement for Grunty’s “Jinjo Ale”. Figured some dark humor wouldn’t hurt, since the game already had a fair amount of that (remember Grunty’s Furnace Fan Game Show?)
http://i.imgur.com/v3ADumE.jpg

Close up of the gate, which you can actually see behind it the “Dive of Death” ride in the Horror Zone area of WitchyWorld.
http://i.imgur.com/9sEfEFN.jpg

[SIZE=3]For those who’ve never had a c̶h̶i̶l̶d̶h̶o̶o̶d̶ AHEM I mean, N64 or played Banjo Kazooie series, here are a couple images of what Pine Grove looks like in Banjo Tooie:[/SIZE][/SIZE] 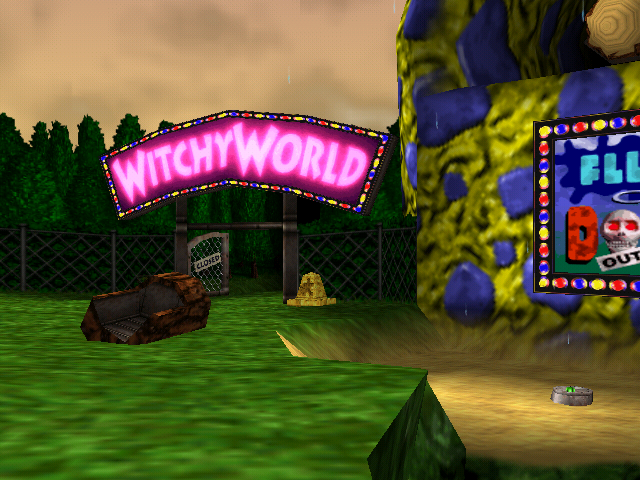 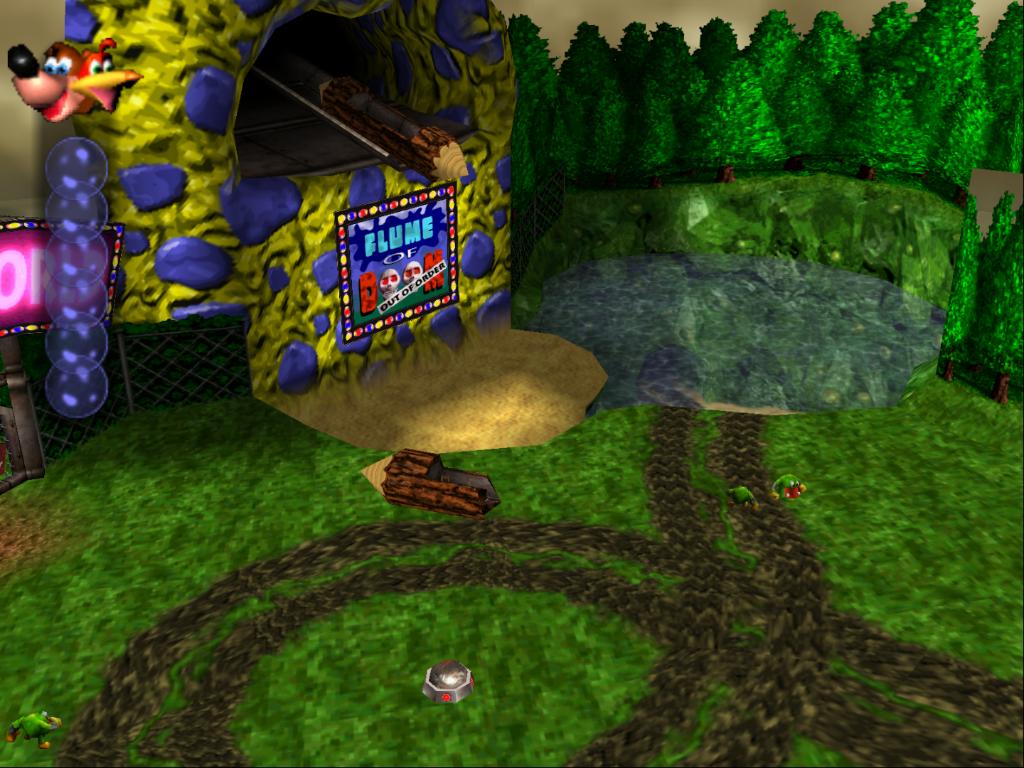 So yeah that’s it! I really want to work as an environment/content artist in the industry. I know it seems hopeless, but many have said that as long as I don’t give up, I should make it. I’d like to think I’m a fairly competent 3D artist, but that’s entirely up to other people. If you guys want to see some of my other work, here is my website (blows dust off address bar): http://khsdesign.wix.com/karl[/SIZE]