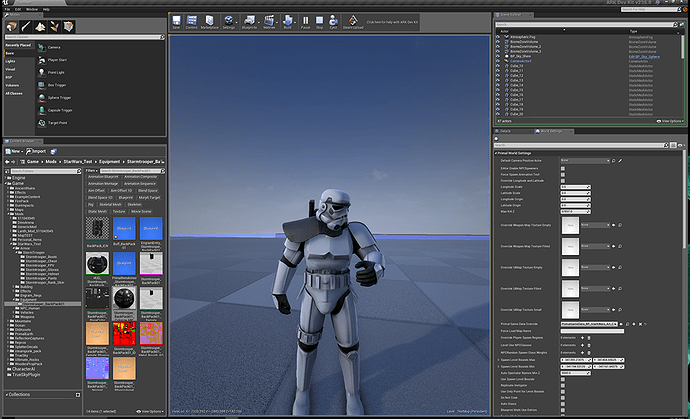 of course equipping a gun overrides. but perhaps there’s something there. wherein backpack idle. 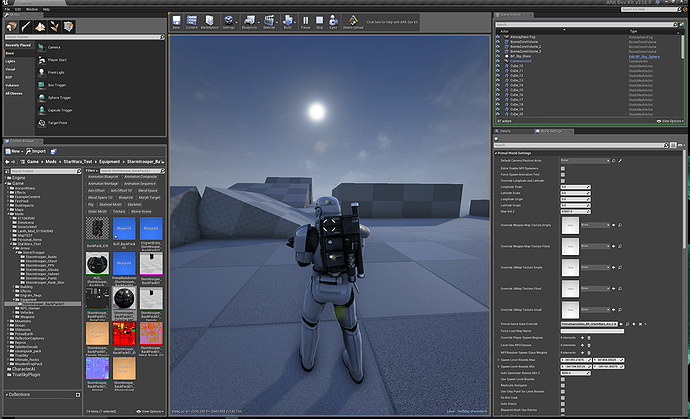 backpacks! yes i’ve been thinking about this too. haven’t tried it yet…
but i would also go for the Offhand slot. also it should increase the players weight a bunch!
keep posting, i’ll try it too.

i almost made it! the only thing not working and crashing is the replacement of the skeletal mesh.
i exported the scuba tank, modified the model to a backpack (by keeping the skeleton and hierarchy)
BUT i can’t get it back into ADK…

I have not seen Lanthanum for months so I’ll see If I can answer this for you.
Not sure why you would not be able to get it back into the devkit.
I have a jetpack for one of my mods and what I did was export a chest armor piece, detached it, deleted the mesh, imported my mesh, skin painted it to “Cnt_Chest_000_JNT_SKL” and re-imported it to ADK as a skeletal mesh with no skeleton. Works like a charm other than the shield animation still being there.

oh man!
i was overcomplicating it!
this time it really worked!!
thank you so much!!!

backpacks are comming, just need some time for further testing and finetune.

strangely, i observed that you can see the new mesh in the preview inside the players inventory only, but you can not see it in tpv or camera view… ???

Try checking “Use Parent Anims” in the component to attach section

Hello P0k3r
this works inside the editor. but ingame TPV i don’t see the mesh…
(it shows in the preview inside the players inventory. but not in TPV)