Avoid picking up 2nd gun when 1 is picked up

So far I made it so that when walking over a weapon, it attaches to my character. I’ve been experimenting with a simple idea that once I pick up 1 gun, I can’t pick up another. Such a simple idea but I’m having trouble doing it. 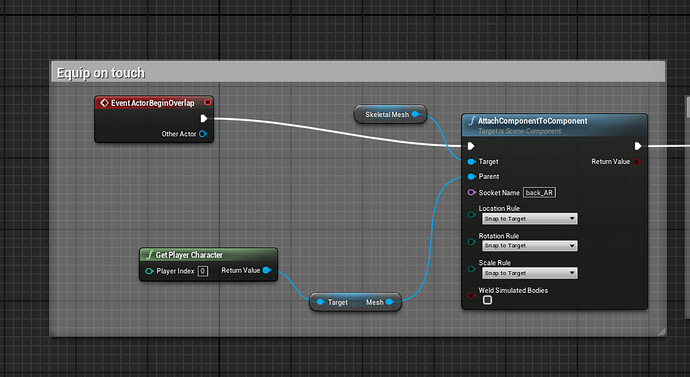 Flag it with a boolean variable indicating that a gun has been picked up. Query the flag every time a gun is picked up; pseudo-script:

What do you mean by flag? Like binding/calling an event?