i am trying to port a solution i built for Unity and another engine to UE4. Basically it creates two kind of Waypoint-Graphs, one dense graph for local spatial tactical decisions and another skeleton graph of the walkable area so i have spatial knowledge of what “corridors” are blocked or how to split troops to block open corridors and the like. Very valuable spatial knowledge

This screenshots show the basic results. Since they are simple graphs i can also easily build cheap heat maps and the like or query the graph for places to be defended to prevent breakthroughs. Also flanking tactics and the like are a easy to create and run this way. So it is obvious why i want to port that? 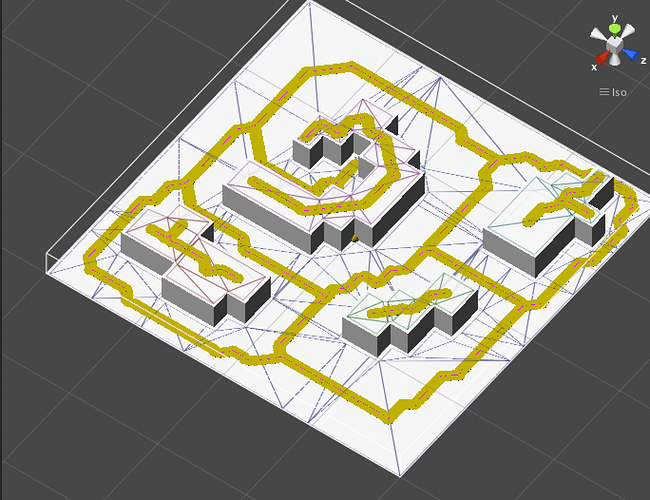 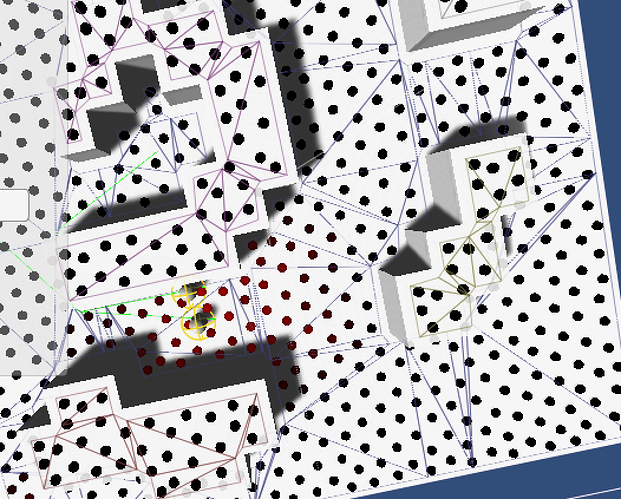 So now to my problems…
I am just starting with unreal engine but i have to make sure this feature will work so i have to dive into the hard stuff right away.

Short description of my current problem:

I need to pass data during the NavMesh-Creation Process. So i have to change the engine-sources. I found the part in RecastNavMeshGenerator.h and i was able to add a UPROPERTY to RecastNavMesh.h to reference a AActor. During the Recast-Tile-Creation Process i now know that there exists a property set to some AActor (or not).

So basically how could i possibly pass over data from changed source code files like a RecastNavMesh over to a project class or how could i approach this in a proper way?