AutoLightmapUEr, a plugin that automatically adjusts lightmap sizes for every mesh in your map

What is it?
AutoLightmapUEr is a one click Unreal Engine editor plugin that allows you to easily enforce consistency of lightmap density across your level, saving precious memory and reducing lighting build times.

AutoLightmapUEr goes through your level and adjusts every mesh’s lightmap resolution according to its size in the world and the preset values you specify. Need a new preset for a specific project? You can add your own, finetuned to work just the way you need. 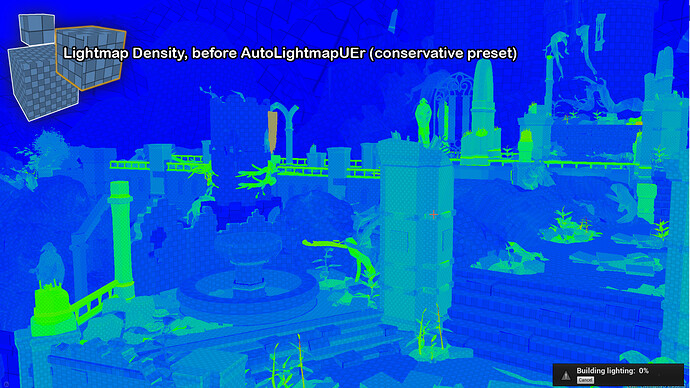 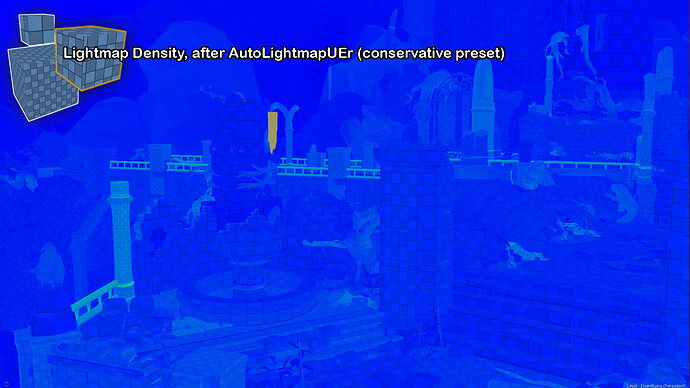 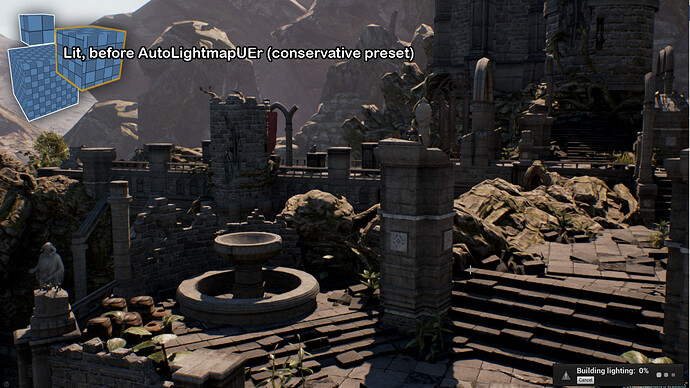 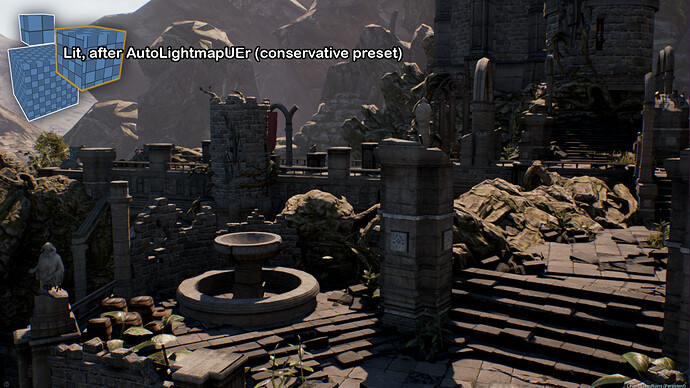 Where do I buy it?
You can get the current version on itch.io and gumroad

And the Marketplace?
Go here.

Is rad, can confirm

Just bought this yesterday. I love it

would love to see this in the marketplace tomorrow, miiight hold off purchase until it is, in the mean time, here’s a bump

would love to see this in the marketplace tomorrow, miiight hold off purchase until it is, in the mean time, here’s a bump

Thanks!
I’m probably going to have to poke them again, since the “1-2 weeks for code review” are pretty much up.

4.13 build up on the itch.io and gumroad marketplaces.
Haven’t heard back anything from Epic about the marketplace release yet.

Just a quick heads-up that the Epic Marketplace version should appear at the end of the month.

Hello,
I purchased this to work in a 4.13 source build and cannot get it to work. Is the 4.13 version for launcher binary builds only? If so, I don’t see it mentioned anywhere.

Check now.
I’d forgotten I’d pushed back upping the source version until I got through the Epic submission process, which got delayed longer than I expected.

Ok, so since I purchased on Gumroad will that be added to my purchase once the marketplace version is live?

Ok, so since I purchased on Gumroad will that be added to my purchase once the marketplace version is live?

Unfortunately, at the moment there is no easy way to do this.
All I could do is send a message to the epic marketplace team and hope they can take care of it.

(as a marketplace creator yourself, you should know this)

I’m confused. I purchased from Gumroad. Are you saying that you are not going to update the Gumroad purchases with a plugin that works with source builds of UE4?

All I am after is for the plugin to work with our 4.13 source build.

I… already have.
You should have gotten an email from gumroad to that effect, but if not, just check your gumroad page.

Wires must have gotten crossed.
Thought you were asking if the marketplace version would be added to your epic purchases when it went live.

I got the email and the 4.13 zip from Gumroad, but it only includes the DLL, plugin file and 2 resource files. It does not work with source builds of the engine. Maybe I missed it?

EDIT: I just went back and looked and see the source zip file now, but I swear it wasn’t there before.

And the Epic Marketplace version is now available.

We will be tested in production… : )

That is a fuc…ng great tool ! Gratz and thanks !

Just bought your plugin and it seems to be a great timesaver
(we create architectural visualization scenes tons of assets to deal with … as you can see on our website www.obvioos.com)

I’m a little bit confused with your concept of “largest extent”
I tought it apply a lightmap size regarding the size of the longest side of the object’s bounding box
So I tested with a simple cube and the values doesn’t seems to match (screenshot below)
Are the values in Unreal units ? (so in my case 1 units equals 1cm)
It’s not a big deal, but I just want to be sure I understood everything

Anyway, you tool is reallllllly cool

Best (and sorry for my bad English) 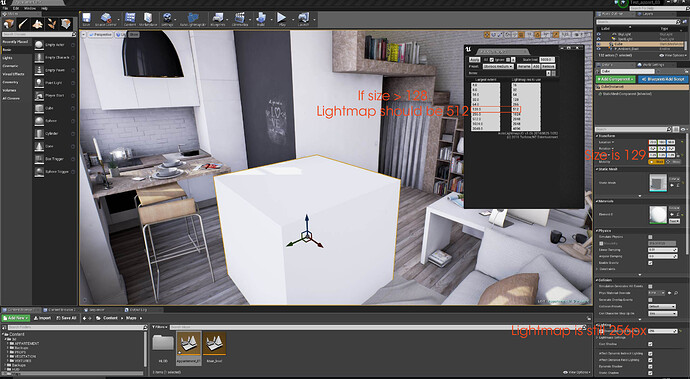