It looks like the engine is soon to be released and is gaining some press: 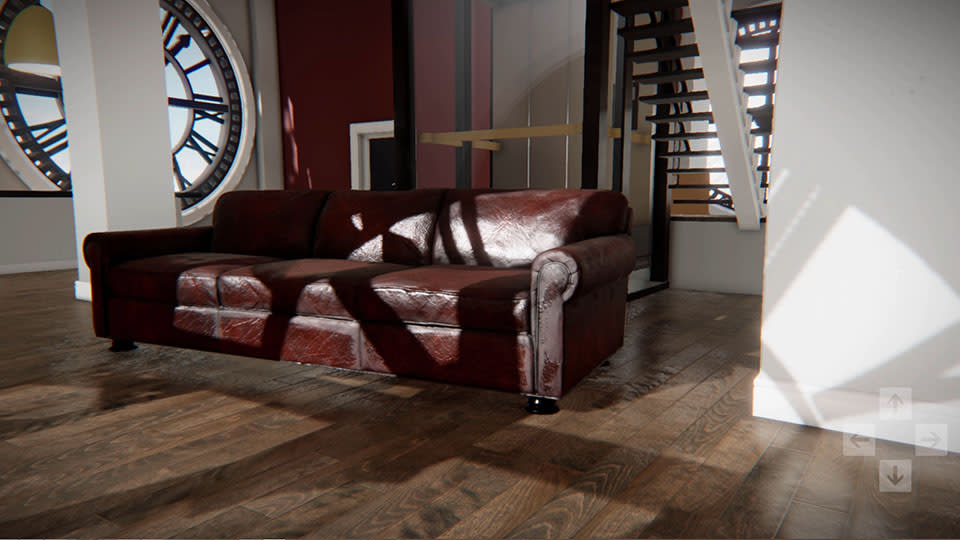 Autodesk finally has a game engine to go along with its design tools. The company just launched Stingray, which it built around the Bitsquid engine it bought last year. Autodesk kept the basic guts of that program -- which has already been used on...

Apart from that, information is a little slim. It has a node based material editor, if you have a Maya LT subscription you get access to the engine. Screenshots look pretty nice too…

Maya LT subscribers get access to the engine now?

Maya LT subscribers get access to the engine now?

No royalties which can be a big thing, also it seems you get more bang for your buck than you would with Unity which costs $75.00 a month for pro.

Meh, looks pretty standard right now, The only feature that really stands out to me is the ‘Send to’.

Meh, looks pretty standard right now, The only feature that really stands out to me is the ‘Send to’.

For me it’s going to come down to a few things, it’s supposed to be instant across the board shaders / code. I did prefer Beast to lightmass by far, you set up your scene the way you like (generate lightmap UV’s), bake and that’s all there was to it. No messing around.!

I like scripting languages, I have no issues with C++ and I think Epic did a great job (especially with BP). But it’d be nice.!

Near enough instant artwork viewing is just pretty cool, I can see that speeding things up.

But the biggest thing will be performance and scalability, UE doesn’t scale very well IMO (performance cost vs. graphics fidelity) even though it can look absolutely gorgeous maxed out. I’ve been testing it on multiple platforms / specs for a while now and if this can be a middle ground between Unity and UE4 I’d be honestly interested.

Not to say UE4 isn’t great, it’s clunky sure but it’s still the best at the moment.

One thing that I find interesting is how things will be integrated in this engine. I might mess with it for about a day or two when it comes out just to peak my curiosity.

I watched some videos on Autodesk channel, is interesting and reminds me UE4 in some part, i think Autodesk can do a good work in the game engine scene, i will stay tuned.

It is easy to handle but it doesn’t have as much features as Unreal 4 and it works with Maya only. Also the price is too expensive.

Why would you pay 30$ per month, when you got Unreal 4 for free

No royalties for one…

No royalties for one…

Sorry i changed my mind. I like their simple editor interface.

Sorry i changed my mind. I like their simple editor interface.

LOL :D, It could be utterly useless as an engine, on paper though it seems awesome. Can’t wait to mess around with it :).

If it is a good engine it could bring some competition in the this arena. I love Unreal 4 and Unity 5 is not bad. It would take a lot to make me change from any game engine that I was using. The main thing that has piqued my interest is the integration I already have Maya LT and Mudbox and I use to use Blender but for me Maya Lt is much easier to use with Unreal Engine. We will see the competition is welcomed.

It is easy to handle but it doesn’t have as much features as Unreal 4 and it works with Maya only. Also the price is too expensive.

It’s all relative, it depends what features you need really. Also the price is nothing in a commercial environment, especially compared to $75.00 a month ($225.00 with IOS and Android) for Unity or 5% royalties (if you’re lucky enough to earn over $3K a quarter).

What I’m interested in from a commercial side is the ability to contact an Autodesk Tech if I need an issue fixing fast. That for me is worth it 10 fold…

If you’re a hobbyist not looking to sell games, then it’s probably not worth it.

In short, the interest is down to you and your projects.

Now, the question being, is, how long before Epic builds some modeling and character building tools into UE4. Turf wars can be a bee otch.

Watching the “Live Link” feature in Stingray videos keep reminding me how painful it’s to make “cook on the fly” even working in UE4.

Still bump into blog posts from bitsquid engine developers from time to time. Hoping that’s not another story of Softimage. Or ProjectAnarchy.

@Breese45 wouldn’t surprise me, if anyone can do it Epic can. Unity will do it after everyone else has in about 10 years, it’ll not work right for the first 2…

@Nate, looks good in theory. I’m sure you’ll want to test it on the actual device as well though, yeah if they create an engine and then decide it’s not worth it when the subs are slow. It’ll not go down well.!

Epic should have purchased Bitsquid and bundled it with UE4, who will dare to complaint Unreal Engine not scaling well then? :o

As I see it, big companies could switch, because of the no royalty option, which could be a big blow for UE. And since Unreal engine “requires” for the best workflow Autodesk products anyway, the free access to stingray could (not will) make UE not able to compete.
As a solution to it UE can make their own 3d Modeling programs or concentrate on freeware like blender, making it the most interesting for indi developers and smaller groups.
The community is a big point too and the support, that is already great and can be made even better.

At least this is a possibility, if stingray is successful enough.
Making new stuff into the engine and having greater experience will make Unreal irreplaceable anyway.