So I was following a tutorial by **Moize Opel **which is this series (UE4 Blueprint Tutorial 05 - Melee Combat (3/6) - YouTube) and after about 10 minutes to where you can actually start attacking with left mouse button, whenever I switch to my greatsword and attack right after the attack the animation that sheaths a sword and draws the great sword plays even though I already have the greatsword out. I’ve been non-stop looking for the issue myself and I cant seem to find anything that can help. I know for a fact its because I’m using the latest version but I don’t know what I need to change to prevent this animation from playing. I’ll post pictures below of all of my stuff to see if you guys find it before I can. 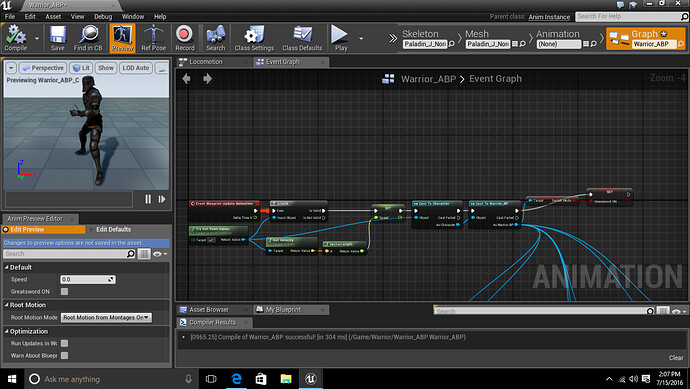 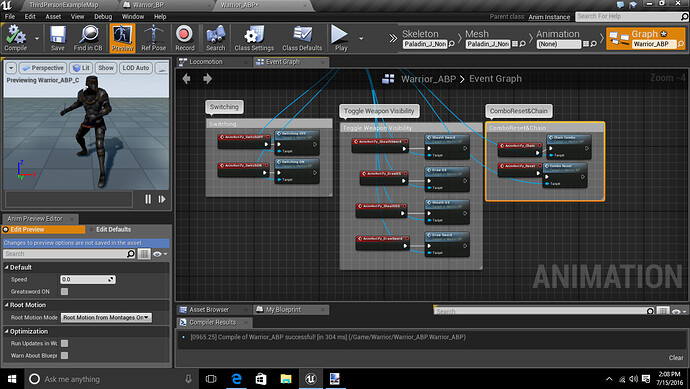 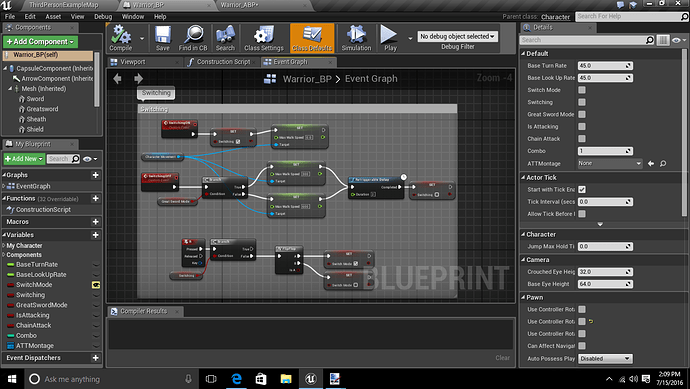 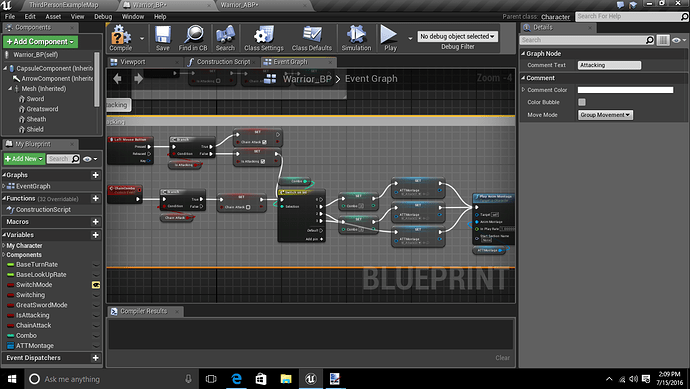 Just beginning to get back into the animation and I’m pretty sure your missing the “do once” when switching the weapon so it doesnt keep doing the equip animation. Correct me if i’m wrong though. Place it at the end of the Boolen “Switch mode”

Nope I tried already that’s not the issue. I feel the issue is with the attack function because it plays the anim after I attack no matter what but thxs

Ah I havent touched montage yet! maybe the issue lies in there. So after the attack it goes back to the beginning of the montage and replays that animation. Again not sure on this but maybe you need to set it up so it skips the first section of a montage when the weapon is already out.

Anyway good luck! If i come up with anything I’ll let you know. Messing with all the animations this week.

I’ve thought that maybe since my Locomotion goes from one hand run to great sword run that when I reset the combos and goes back to the “one-hand stance” it resets my locomotion so it can go into a two-handed stance, but I’ve also created a set of montages for when my great sword is out that it uses those instead and it works but the animation is still being played so I’m thinking its the Locomotion in my animation blueprint but I’m not very experienced with unreal so I’m not sure where to start to test it.