Attaching an object to a bone in daz for export to unreal engine 4?

i’m following this video to accomplish the most of my task. 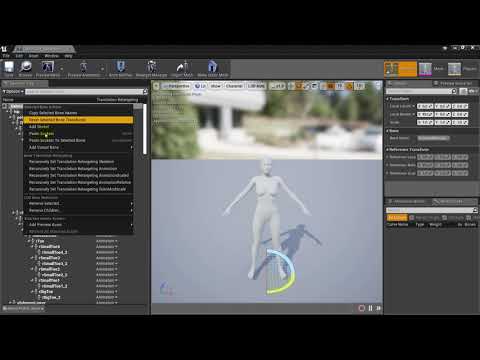 the problem is that i have an object file that replaces the normal Genesis head. i parented the new head (which is an obj file) under the normal head and everywhere else, in dz, maya, whatever program, it acts as the new head and moves/rotates as if it were the Genesis head with poses.

everything works out perfectly when i follow that video, except one thing. once the character is inside of Unreal, the head is no longer parented? i guess? it just stays in the tpose position and doesn’t move.

basically, i have to use the target manager in unreal to target the Genesis bones with the Unreal skeleton which gives it all the correct controls and animations. when i target the “Head” is where, i guess, the problem lies here, because it doesn’t work. i can only assume, because it is targeting the normal genesis head without the new OBJ head (the normal genesis head is hidden/invisible at this point). that could only make sense because the head bone is attached to the normal Genesis head and not the new OBJ head, but i don’t understand why the fact that it is technically a child of the parent head is not sufficient.

i’m looking for a solution for this, because the customized OBJ head is completely neccesary for the project. the only thing that i can personally think of is if there is some way to directly connect the object file in Daz to the head BONE instead of parenting it to the HEAD?

is this possible? or can anyone think of a different, more sensible solution to this problem. thank you for any help that you can give me with this problem. i would really appreciate it.