I’ve been trying to attach an actor to the player to act as an equip system. I’ve ran into this weird problem which makes no sense to me. It appears when I attach the actor it just stays in one spot and doesn’t follow the parent, but FOR SOME REASON, when I click on the actor while ingame through the world outliner, the actor starts following. Is this a bug, or some weird result from the blueprints? I would really appreciate it for anyone to help me fix this issue. 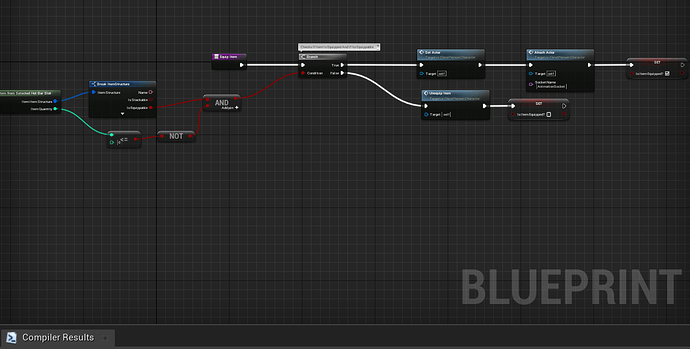 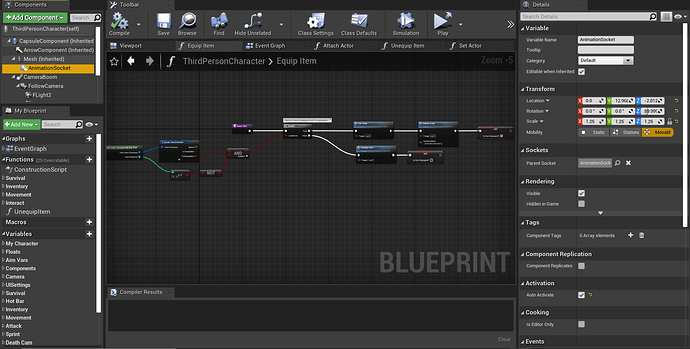 Solved it! I attached the mesh to the default scene root component and it fixed it, although idk why the world outliner would have any effect on the code.

For me, whatever I wanted to attach I attached it to the actor instead of the scene component. I think that’s why it didn’t work, and for some reason the world outliner probably updated the attachment when clicked or something like that. Try attaching to the scene component instead.